One of Malta’s best-kept secrets is pottery. The island has been renowned for its handcrafted and painted ceramics over the years, and Villa Bologna Pottery is continuing to preserve and continue Malta’s rich heritage with pottery.

For nearly 100 years, Villa Bologna has been making some of Malta’s most iconic pottery items to decorate Maltese households. These include the stunning handcrafted and painted ceramic tableware, lamps and ornaments such as the Dolphin Lamp, Pineapple Lamp and Artichoke Bowl.

Founded in 1924 in Ta’ Qali, it is considered the oldest and best-loved pottery producer on the island. Though the facility was destroyed during World War Two, the de Trafford family had it relocated to the old stables at their family home in Villa Bologna – where it remains to this date.

The same techniques and equipment have since been used to make these iconic ceramic pieces from when the artisanal factory re-opened after World War Two.

Despite more technology becoming available, no short cuts have been taken to ensure that every piece produced is kept to the highest quality.

Their works have drawn inspiration from both Mediterranean and Maltese culture and aesthetics to create iconic, quality designs.

Some of the original staff who joined in 1955 still remain, including Aldo Cremona. An extremely talented artist, Cremona is most notable for his signature scroll pattern design – as well as exquisitely colourful fish and fruit designs. 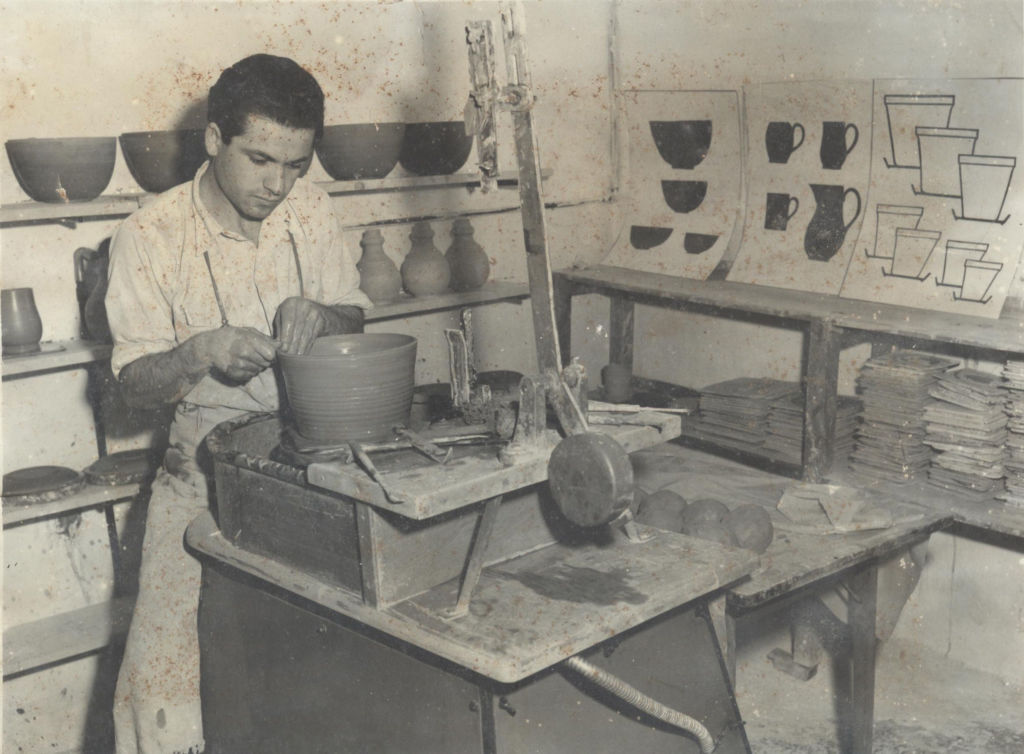 A man working at the pottery factory in the 1950s

Last year Jasper de Trafford, great-grandson of the founder, entered a partnership with Rowley and Sophie Edwards in order to revive the business and bring it to a more prominent stage.

Focusing on classical pieces designed in the 1950s and ’60s, alongside working with international designers they are looking towards opening a shop in London and launching a website to sell online across the world.

Their goal is to focus on bringing one of Malta’s last remaining artisanal factories, and this iconic tradition, to the international stage and bring Maltese ceramics the recognition it deserves.

Do you own any of these iconic ceramic pieces? Comment below!