Slovenia has officially begun its six-month presidency of the Council of the European Union and has made unity, resilience and Europe the primary focus for its tenure.

Under the slogan “Together. Resilient. Europe”, the Slovenian presidency has put its focus on recovery and resilience, translating ambitious green goals into binding legislation, strategic autonomy, the digital transition, rule of law and the protection of external borders.

Slovenia has promised, under its presidency, to prioritise further strengthening the EU in matters of health, economics, energy, climate and cybersecurity.

Malta could be directly impacted by all these topics, especially in terms of climate, energy and health.

The island will also definitely feel the effects of the Slovenian promise to make progress on negotiations for the new Pact on Migration and Asylum.

The rule of law and EU enlargement are among the priorities of the @Europarl_EN for the next six months of the Slovenian Presidency, as our debate with PM @JJansaSDS has shown.

The @EU2021SI has a lot of responsibility and can count on our support to tackle the challenges ahead. pic.twitter.com/RoCq0Id4uH

Most MEPs welcomed the priorities laid out by the Slovenian Presidency, especially when it came to the focus on recovery through the digital and green transition, economic growth and job creation as well as welcoming further debates within the Conference on the Future of Europe.

A few of the speakers raised their concerns about the importance of upholding the rule of law across the EU and concerns over the situation of independent media and judiciary in Slovenia.

On July 1, 🇸🇮 Slovenia took over the rotating Council presidency for the next 6 months @EU2021SI.

But what is the Council presidency and how does it actually work?

This is Slovenia’s second presidency of the Council of the European Union and also marks the country’s celebration of 30 years of independence.

Europe has faced several important challenges over the last few years, from Brexit to the economic crisis, COVID-19 and migration waves among others. As such, Slovenia has based its four priorities of its presidency in order to strengthen European values and increase security and stability across the bloc.

What can Malta expect from the Slovenian Presidency?

Slovenia has made clear its ambitions to ensure that the EU continues to grow in resilience and unity and its priorities are highlighted by its chosen slogan.

It is still very early days into its presidency and a lot can change between today and the next few months. That said, Slovenia has made it clear what areas it wants to focus on. In that regard, Malta will see the particular effect on migration efforts.

Having been proposed in September 2020, the New Pact on Migration and Asylum sets out the EU’s approach to migration across the bloc.

#EPplenary | PM @JJansaSDS also mentioned #EU2021SI priorities on #WesternBalkans and #Migration: “The Western Balkans region is closely linked to the issue of migration, as it is one of the two major migration routes to the EU. We are talking about illegal migration.” pic.twitter.com/lAXt2wTRKD

It will introduce effective and fair management of external borders and fair and efficient asylum rules while streamlining procedures and creating a more coordinated EU approach to migration in general. An important fact of this pact is also creating a solidarity mechanism for situations of search and rescue, pressure and crisis.

Another crucial point of the Slovenian Presidency will be the rule of law. The EU is founded on common values that form the foundation of our society and common identity – and through this, Slovenia aims to strengthen rule of law as one of these common, European values.

They have also promised to lead an annual dialogue on the situation in relation to rule of law in the EU as a whole as well as individual member states.

Through this, we will not only see a focus on creating an inclusive culture and debate on rule of law, but also a focus on showing how it can be strengthened across the bloc in respect to each member state. 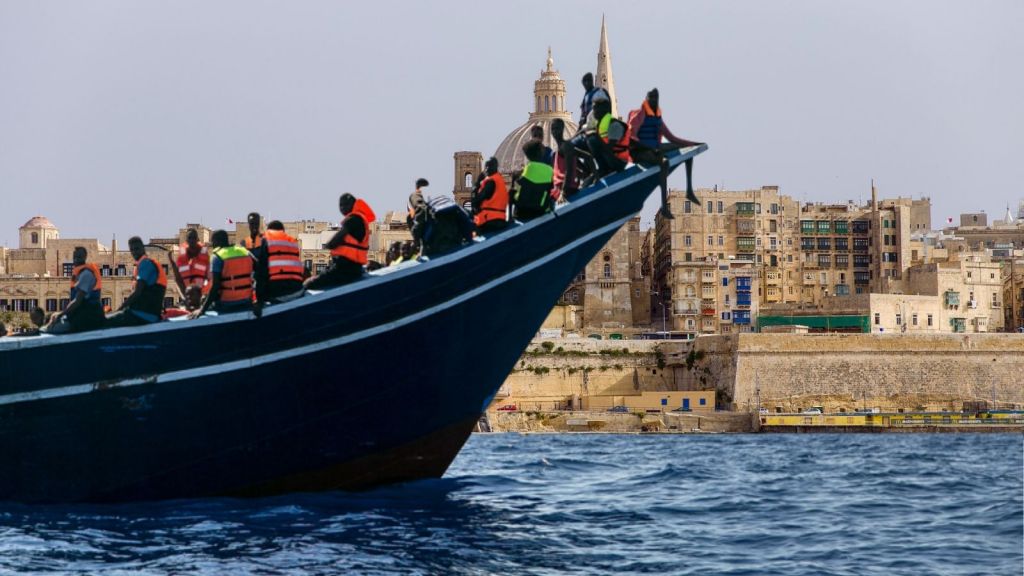 Resilience across all areas has been made one of the key pillars of Slovenia’s Presidency. The country’s six-month programme strives to strengthen the resilience of the EU, especially in regards to learning from the pandemic.

Protecting European citizens will come through numerous forms including building a European Health Union and strengthening the strategic autonomy of the EU in order to improve its capacity to ensure the availability of medical products and devices to prepare the bloc for future crises.

Another method of protecting European citizens is through strengthening Europe’s cyber resilience. In the wake of more people going digital due to the pandemic, vulnerability for cyber-attacks has increased.

In Malta especially, cyber-attacks and scams have been on the rise in recent months with key examples being the Nationalist Party hack and also a string of scam calls across the island. Finally, another important factor for Malta to consider is Slovenia’s focus on security, which is a central pillar of the country’s presidency, and places the Schengen area scheme a the centre of its efforts.

This remains an important factor given that freedom of movement of people lies at the foundation of the EU. Yet, the pandemic and terrorist attacks in recent years have proven detrimental to the Schengen area.

As such, reform of free movement will allow Europe to protect its core values while continuing to grow stronger and more stable.

What do you think will affect Malta most? Let us know in the comments

READ NEXT: Metsola Defends Anti-Abortion Vote: EP Report Did Not Respect Malta’s Right To Decide For Itself