The Schengen area is often hailed as one of the greatest achievements of the European Union, allowing freedom of movement of people throughout the Schengen area. Yet, recent events including COVID-19 have weakened it.

Currently, the Schengen area consists of 22 of the 27 EU member states, as well as four non-EU members: Norway, Iceland, Switzerland and Liechtenstein.

Already, the Schengen area has been weakened by the migrant crisis and terror threat in 2015 and 2016, yet the pandemic has further influenced countries into creating border checks and restrictions.

The pandemic has created further fears that the current Schengen area scheme needs urgent reform. In fact, the European Parliament has called for further reforms for the Schengen area, including adopting a resolution that could set the foundations for a revamped Schengen area. 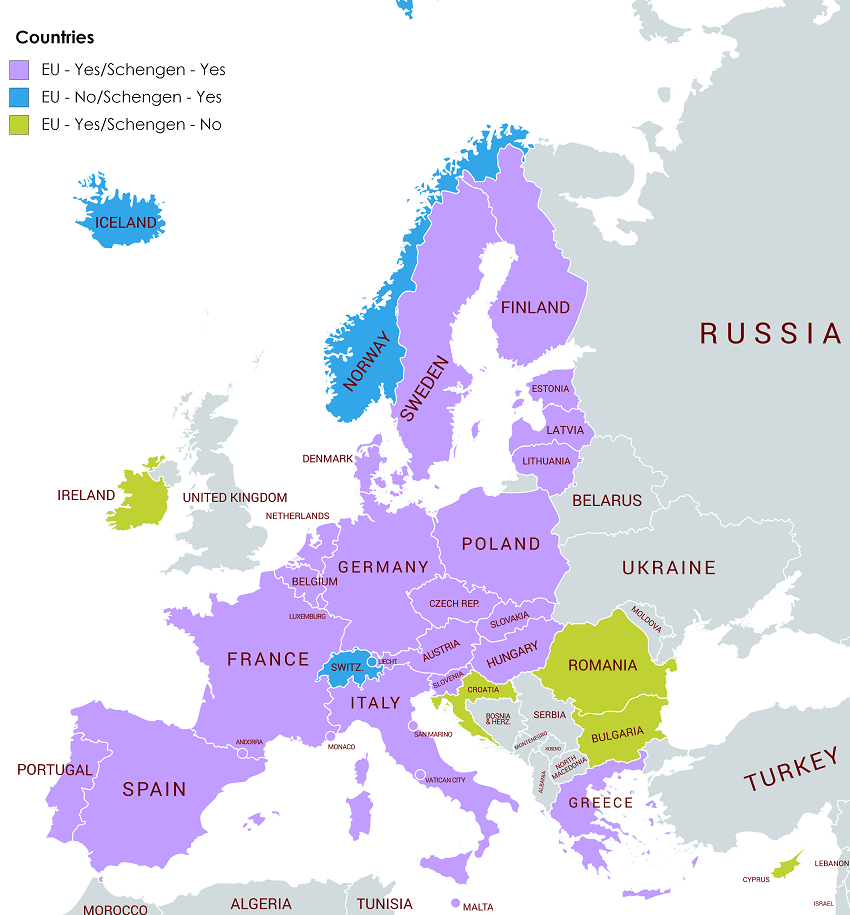 According to the European Commission, the Schengen area is intended to be “an area without internal borders, an area within which citizens and many non-EU nationals staying legally in the EU can freely circulate without being subjected to border checks.”

Yet, as recently reported by Euronews, the pandemic has seen the Schengen area become further weakened as EU nations impose greater border restrictions in light of the pandemic.

It noted that, among others, Belgium has banned all non-essential travel to and from the country since late January and Germany has partially closed its borders in certain areas.

Meanwhile, six other countries including Denmark, Hungary and Sweden have been urged to lift border restrictions for fear of fragmentation of free movement and supply chains.

Despite this, Schengen is predicted to be able to survive the latest wave of restrictions – albeit at an even more weakened state.

Alberto Alemanno, a professor in European Union Law and Policy at HEC Paris told Euronews that the pandemic has only “made is even more obvious that some states are using borders to meet political ends”.

He also noted that these new restrictions only set to create a “precedent” for EU countries willing to erode free movement.

As such, Alemanno believes that at present, “the reality of a borderless union can be forgotten in the foreseeable future”. Countless people across the EU work cross-border, yet are being forgotten in discussions on Schengen

However, it should be noted that the current restrictions are not as extensive as those put into place last spring when the pandemic first hit Europe.

Already think-tank Schuman Foundation has previously recommended that the EU should “clarify the legal framework [of Schengen] and provide the institutions with the tools to ensure that it is respected, in the interest of the Union, of its values and of the rights of its citizens”.

This has also been followed by calls by the European Parliament for the EU Commission to propose further reforms regarding Schengen – including an expected, new EU legislative packages on Schengen expected sometime this spring.

However, what the reforms may look like remains unclear. Some EU leaders have floated the ideas of stricter controls over open borders.

Any reform must take into account the millions of EU citizens working in another EU country than their own, alongside cross-border workers. After all, it is these people that Alemanno notes who “embody the European project” that the EU’s core values are founded upon.

Could Tourism And Travel Encourage Freedom Of Movement? Theoretically, the exact way the Schengen area may be affected by the long-term consequences of COVID-19 can only be truly realised once EU citizens are travelling properly again.

In light of this, a recent draft resolution on establishing an EU strategy for sustainable tourism post-pandemic could offer the foundations of how the Schengen area could be reformed or even maintained.

The resolution, which has been adopted by the European Parliament’s Transport and Tourism Committee, calls on member states to include tourism and travel sectors as high priorities in their recovery plans, as well as temporarily reducing VAT on such services.

COVID-19 has effectively paralysed tourism across the EU – which employs around 27 million people and contributes towards around 10% of EU GDP. Additionally, six million jobs are currently at risk at this time.

MEPs are thus looking towards common, EU-wide criteria for safe travel including EU Health Safety protocols for testing prior to departures and quarantine requirement as a last resort.

A common vaccination certificate, deploying an EU passenger locator form and introducing an EU hygiene certification seal to help restore trust in tourism and travel sectors are also among the proposals.

#COVID19 left #tourism facing a crisis like no other… but now we have a chance to build the new – #sustainable, #resilient & #innovative – tourism of tomorrow.#EuropeanTourismManifesto urges #EU govts to make tourism a top priority in their #recovery plans!#Tourism4Recovery pic.twitter.com/dGktLRoi4C

This resolution for an EU-wide strategy for sustainable tourism currently only needs to be voted by a full house of the Parliament, possibly happening during the 11th March session.

Nevertheless, tourism and travel are some of the worst-impacted sectors in the pandemic. It is also the main driving force towards the encouragement of the movement of people between member states.

Freedom of movement is considered a fundamental right in the EU under Article 45 of the Charter of Fundamental Rights.

Whilst there is no denying that the Schengen area will and must benefit from new reforms in light of recent events, restricting this freedom of movement will only help to defeat the purpose behind one of the core ideals of the EU bloc.

If you would like to learn more about the Schengen Area, from its history to how it works, you can learn more here.

How do you think Schengen will look post-pandemic? Let us know in the comments

READ NEXT: Lovin Versus Lovin: Two Conflicting Opinions About A Whole Year Of COVID-19 In Malta