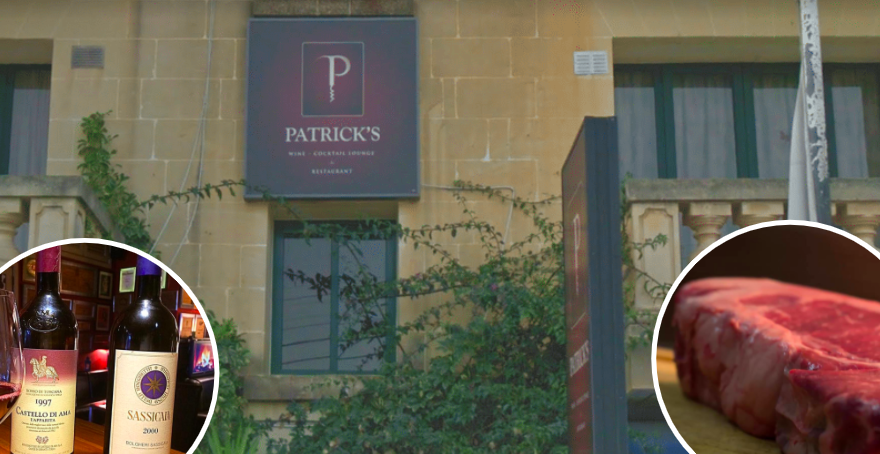 One of Gozo’s most famous restaurants, Patrick’s Lounge, has closed its doors after taking a hit due to the COVID-19 situation.

Located in Rabat, Patrick’s was renowned for its extensive wine list and was ranked among Gozo’s top restaurants on TripAdvisor.

Its closure was announced by the Association of Catering Establishments, which warned that the pandemic has seriously taken its toll on the entire catering sector.

“ACE had foreseen and announced such risks after analysing its regular surveys, the most worrying of all whereby 26% stated that they will be closing down in the circumstances,” the association said in a statement. “A month has passed since such survey which calls for immediate action.”

They urged the government to support restaurateurs further at the earliest possible by giving them a full wage supplement, just like restaurants in hotels, and by extending the wage supplement scheme to include staff hired after 9th March 2020, so long as the headcount remains at the same levels of that date.

“The longer it takes for Government to implement these measures the more closures with a rapid picking up momentum are we to expect,” they said, while also expressing their disappointment that no refunds of electricity or rent have been issued since they were announced last June.

“Cash injection being the blood of every business is crucial in this unprecedented moment for survival of business.”

READ NEXT: WATCH: Duck Baklava?! This Brand New St. Julian’s Restaurant Is Cooking Up A Storm