The giant, invisible noose around my neck tightens as the reality of the situation I’m in begins to set in. It’s 2 pm on Monday, New Zealand time. There’s a live stream playing on the tour guide’s phone in the bus. It’s the Prime Minister, Jacinda Ardern, speaking in a nationwide address informing Kiwis (that’s what New Zealanders are referred to as, in case you didn’t know) that she’ll be locking down the country two-and-a-half days from now because the number of coronavirus cases is going up.

I’m in Wanaka on New Zealand’s South Island – a picture-perfect lakeside town in the Southern Lakes surrounded by snow-capped peaks. Panic sets in. I should have bailed out of the country when the other travellers I was with did last weekend. 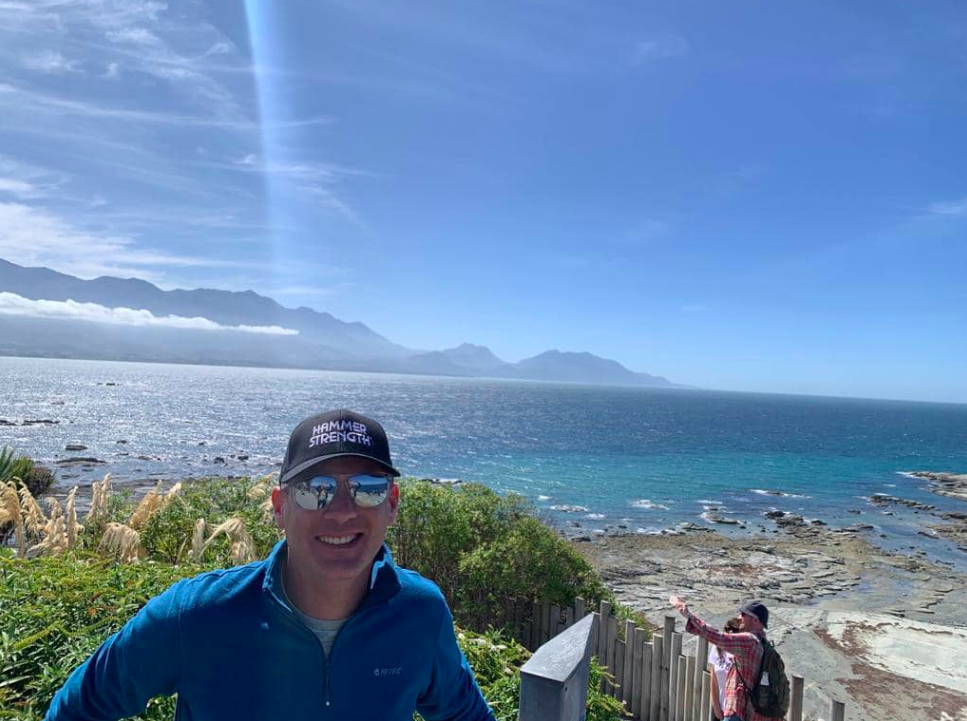 With the prospects of my intended onward travel to Australia and Southeast Asia already dead and buried thanks to the pandemic, I thought I would ride out the storm that is COVID-19 from here – I mean, where is safer than New Zealand in a situation like this in geographical terms, other than some remote Pacific island or Patagonia, perhaps?

Just two weeks ago, I was hiking through a mangrove forest up in the Bay of Islands in shorts and a t-shirt. Last week, I was jumping out of a plane flying over Abel Tasman National Park. Just yesterday, I was quad-biking through a temperate rainforest in the shadow of the magnificent Franz Josef Glacier, trying not to think about the silent killer that lies in our midst, inconveniencing and terrifying everyone as it wreaks havoc upon our world. It’s funny how quickly your time in paradise can turn into a real-life, dystopian science-fiction movie from hell.

Within hours of Ms. Ardern’s announcement, there are Kiwis fighting over groceries in the supermarkets. The mood on the tour bus is glum. My fellow backpackers are silent, gazing on into the distance. It’s obvious that everyone’s thinking about getting home as soon as they can, with the towering mountains all around us appearing ever more foreboding as we wind our way through them to Queenstown, the adrenalin capital of the world.

Sadly, it turns out that the only adrenalin rush to be had in Queenstown today was from the mad dash to the two travel agencies in town to see if I could get back to the North Island before all movement in the country grinds to a halt. I’m politely turned away – “if you don’t have a flight out in the next couple of days, then you’re looking at being here for a while,” a ginger-haired travel agent who greets me at the front door says with a wry smile. The other travel agency is closed.

Apparently it’s a bank holiday here. A call to the Maltese Consul in New Zealand yields one clear piece of advice:

Get your ass to the airport and take your chances to get back to Auckland, the country’s largest city located on the North Island, right away.

After running back to the hostel I was supposed to be staying at and grabbing the rest of my stuff, I’m hurriedly taken to Queenstown airport with two young Canadian girls, an American, a Dane and a Brit. Many backpackers are milling about the airport, having tense conversations on their smartphones or frantically refreshing the web browser on their laptops in hope that they’ll manage to book a flight.

It looks like everything’s full. I take a chance with Jetstar, a domestic Ryanair-type airline, and it turns out that all six of us managed to buy tickets and make it on board. Relieved is an understatement! Realistically, I would still have had time to make it to the North Island later on this week (I already had another flight booked) before full lockdown, but I figured that I’d give myself a better chance of getting back to Europe if I left as soon as I could.

I write this about an hour after landing at Auckland International, which was replete with COVID-19 warning messages blaring out over the PA system for the full-on creepy sci-fi movie effect. The motorways were empty on my journey through the outskirts of the city. It was eerie, to say the least.

I’m in the extremely lucky position of being able to stay with my sister, who emigrated here some months ago with her boyfriend after becoming enchanted by this spectacular country herself. My poor, bleary-eyed mother, who has been awake all night with worry in spite of the time difference and incessantly reminds me to wash my hands whenever she can, smiles on in relief through my sister’s FaceTime as I walk through her front door.

I’m still facing the prospect of being restricted to the confines of her apartment (other than the odd walk or trip to the supermarket) for four solid weeks before the lockdown will be lifted – that is, if it isn’t extended for God only knows how long. As beautiful as New Zealand is and as much as I love my sister, I really don’t fancy that at all!

As a result, I’m trying to get back to Europe as quickly as I can, if it’s at all possible with the way things are going. I know that Malta International Airport is already closed but if I make it to London, for example, then at least I’ll be three-ish hours from home, not 24 or 25. The thing is that the usual transit airports to get to this part of the world are slamming their doors shut at an alarming rate. Singapore is a no-go. Going through Sydney is a no-go. The big long-haul carriers are cancelling flights left, right and centre. Another Middle Eastern airline wants around 7,000 Euros to fly me to London (no thanks). My only hope of getting back appears to be transiting through Hong Kong, but even that is looking unlikely at the moment.

Although it’s not a nice time being 18,000 kilometres from home in spite of the restrictions already in place in Malta, I would recommend coming to New Zealand to anyone. No excuses about how long it takes to fly here either – it’s so worth it. Just don’t be a bright spark like me and come when there happens to be a global pandemic unfolding! In fairness, I never imagined things would get this bad. I’ll keep you guys posted as I attempt to make the mad dash back to Europe before the world grinds to a halt. Peace!