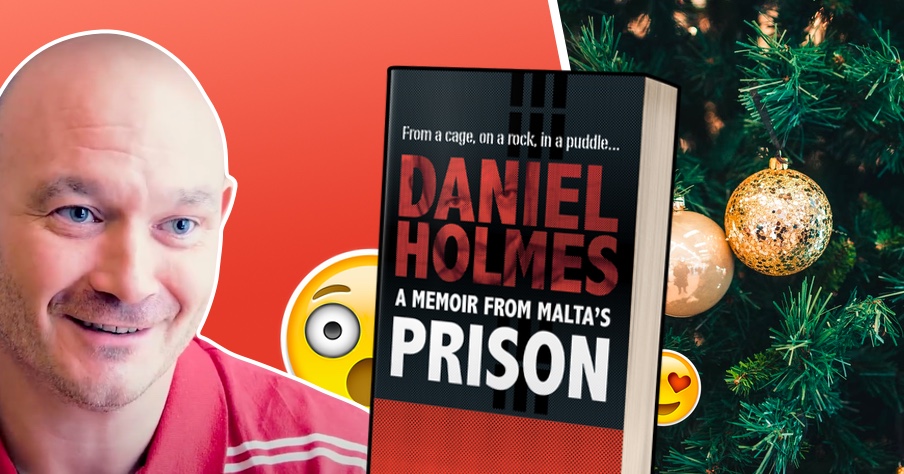 There’s now officially less than a month to go until Christmas, and as decorations start filling up Malta’s houses, it’s time to start planning what will fill the stockings. So why not make the most of Black Friday and get your hands on one of the island’s most important books this year?

Lovin Deals has rolled out a brand new deal specifically for Black Friday and hot on the heels of Daniel Holmes’ much-anticipated explosive memoir from his eight and a half years in prison.

Holmes’ incredible debut sold over 100 copies within days of its release, and for just one day, it can now be yours for even less!

Back in 2006, 28-year-old Daniel Holmes was arrested and eventually sentenced to a decade in prison after being found growing 26 cannabis saplings in his Gozo home.

Still banned from returning to Malta until 2023, Holmes released his debut novel A Memoir From Malta’s Prison – From A Cage, On A Rock, In A Puddle earlier this month.

“I feel the time I’ve served… I feel, not over-punished, but there’s a trauma that’s been done to me now, I’m scarred now, physically and mentally,” Holmes told Lovin Malta’s Chris Peregin during an interview following the book’s release.

The book pormises to see Holmes take readers on a journey through his years inside Malta’s prison, Corradino Correctional Facility, in detail like never before.

So if you’ve been meaning to get your hands on the memoir and have some Christmas shopping to do, why not make the most of our Black Friday deal?

But hurry up – this deal is only available today and the price will increase after 30th November.

READ NEXT: €162,000,000?! Someone In Malta Could Win An Insane Nine-Figure Jackpot Just In Time For Christmas