Maltese illustrator Daniela Attard, known as iella, is returning to Malta as part of her long-awaited three-part solo exhibition.

The artist has been overseas for quite a long time now and is returning temporarily as part of a very ambitious solo travelling exhibition.

“Over the past few years, I have struggled with the concept of home and belonging to one place. This is a common problem that comes with leaving your home country to develop and find one’s place in the world,” the artist explained. 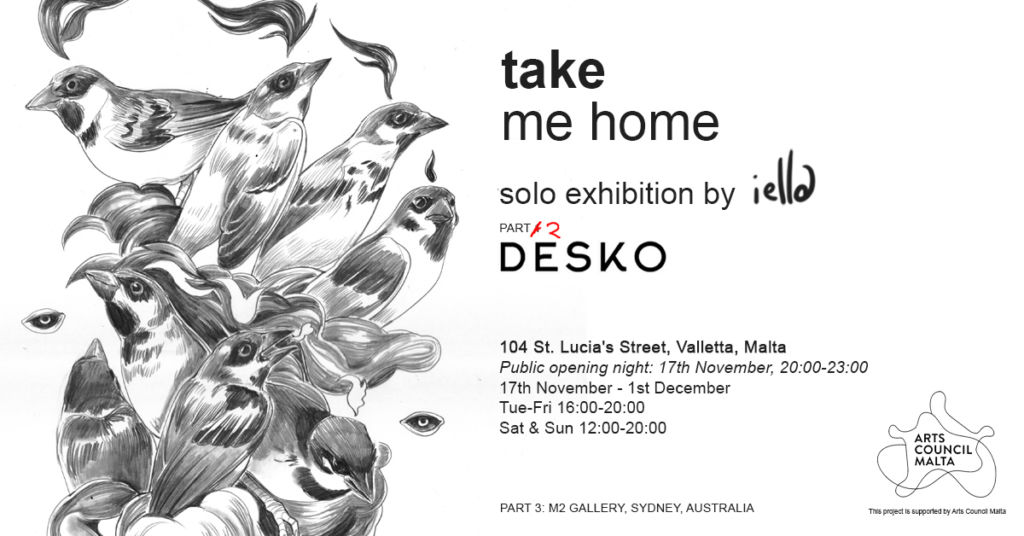 “The work will feature highly detailed figurative work rendered primarily in pencil, along with a selection of sketchbooks and travel sketches,” she said.

“Malta, the United Kingdom, and Australia have all shaped my artistic and personal growth and are part of the main reasons why this exhibition has been designed to ‘travel’.”

Taking place in these three different locations, this exhibition will travel to key places which inspired and pivoted the work produced.

“Overall this is a visual story about grief and resilience,” she said.

The artist’s style is derived from years of experimenting with graffiti, illustration, and sketchbook keeping.

With works differing slightly between the three shows, some core pieces will still be present in all three exhibitions.

Ultimately, a final publication collating all the pieces will also be produced at the end of the exhibition cycle.

The Malta exhibition of ‘Take Me Home’ will be opening on 17th November at Desko in Valletta and will be running for the duration of two weeks.

The project is also supported by the Malta Arts Fund.

READ NEXT: Three Deaths And Countless Injuries In Two Years: Xemxija-Mellieħa Hill Is One Of The Most Dangerous Roads In Malta