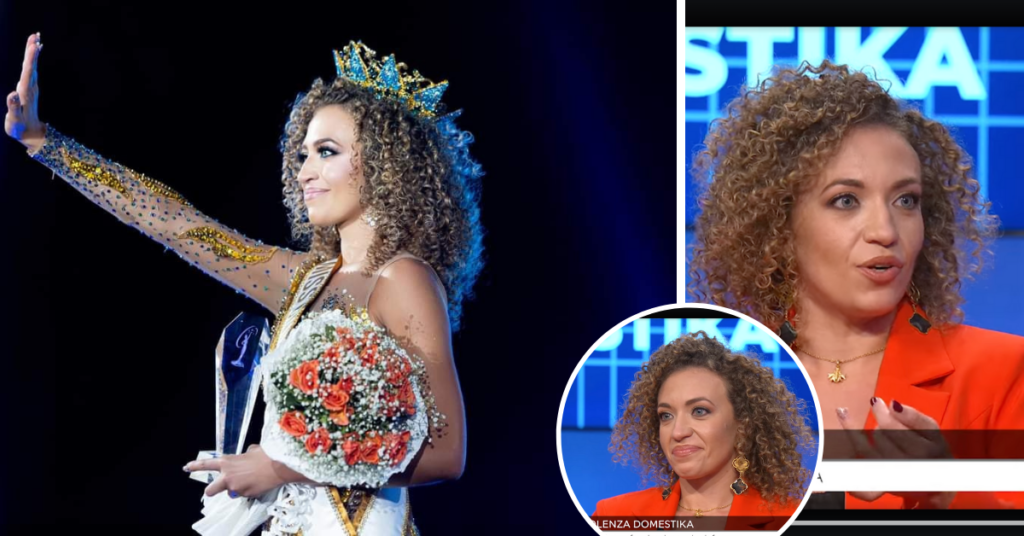 Miss Universe Malta 2021, Jade Cini, has opened up about her experience with domestic violence and the aftermath that saw her pleas for help ignored by bystanders.

“I found out he was cheating on me, I went to his house to break up with him and he became violent,” Cini said on Awla, an investigative programme on ONE TV.

Cini explained a harrowing situation in which she was physically assaulted by her partner of three months, however, she explained that this was not the first time that she had experienced abuse at the hands of a significant other.

“In my life I’ve experienced two types of violence. The first time was during a previous relationship in which I was psychology abused by a narcissist,” she explained.

In her second relationship she was physically abused. Yet, her first experience taught her that once was enough.

Unfortunately though, that one instance was extremely traumatic and Cini was put in serious danger.

“Basically, it was a three-month relationship and during it, there were never any warning signs so in my opinion, everything was going well,” she said.

“However, I found out that he was cheating on me so I went to his house to give him back his things and end the relationship,” she continued.

As Cini arrived, her then-boyfriend noticed that something was wrong and he was “completely in denial”.

“As I gave him his things, he got violent. He head-butted me and my senses were thrown off. In fact, there are some blurry flashes in my memory,” she said.

“We were alone in his home and he was keeping me there – I wasn’t able to leave.”

He was trying his best to keep her from getting help. He took her bag, her car keys and broke phone to ensure that she had no access to any sort of help.

“He put my face against the wall and started hitting the wall. He hit me and I have a mark on my hand till this day,” she explained

“But, there was a window of opportunity for a maximum of three seconds. At that point, my vision was blurred but all I could see was the door and I told myself that I’m either going to run and maybe he will catch me again or I’m going to die over here,” she tragically detailed.

“These words gave me the strength to get up and try. I managed to escape.”

Nonetheless, her story doesn’t stop there.

From there, “it wasn’t easy at all”. She was stranded outside under enormous shock without her phone or her keys and no one stopped to help.

The road was busy with people and she began pleading with every person who passed to use their phones and call her family.

“And what really shocked me at that moment was that every single person that I asked for help refused.”

The host tried to justify the bystanders by saying that maybe they were scared. However, Cini argued that if someone is afraid to intervene, they can simply call the police – something that she did when she saw a woman being punched by her husband and their two kids.

“I remained there until I knew that they were safe,” Cini assured.

Awla then showed a video in which they asked random people outside to see if they would help if they saw a person suffering from domestic violence, the majority of the answers were yes, yet there was an overwhelming reaction of those who’d rather “stay out of it”.

“It’s shocking, honestly, to hear a human being say that they ‘won’t get into it, but if it happens to my family I’d think differently’. We need to keep in mind that this person in front of you has a family too. And if this did happen to someone you love when you weren’t around, you’d hope that a stranger would help them out”

What do you think about Cini’s exceptional bravery?

READ NEXT: Police Shut Down Akon's St Julian's Party Due To COVID-19 Restrictions