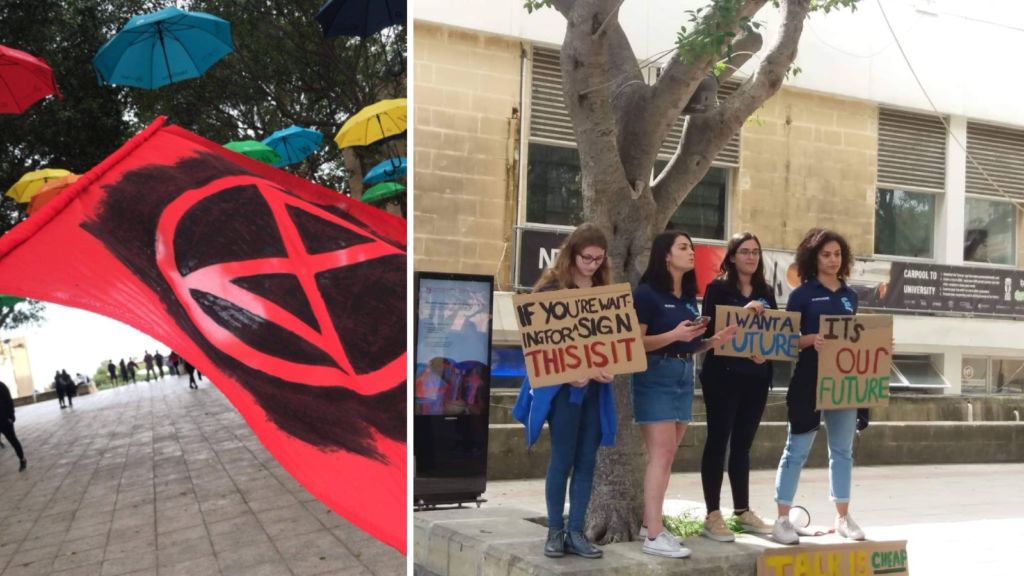 Free, electric public transport should be introduced in Malta as a means of tackling climate change, a group of University of Malta students said today.

Some 50-70 students took part in an action held by climate action lobby group Extinction Rebellion Malta this afternoon in the wake of Parliament’s unanimous declaration of a climate emergency.

“Having seen the declaration of a climate emergency in Parliament this week, we have political consensus that action needs to be taken,” Extinction Rebellion Malta said. The government has already pledged to introduce electric buses and make public transport free for all in the coming years and the Transport Ministry has endorsed an electric bus design by Mizzi Studios. KSU, ASCS, JCA, ESN and SCubed all stood together with members of Extinction Rebellion Malta on campus today, echoing the need for the government to address the situation at hand with urgency.

Were you one of the students protesting on campus today?