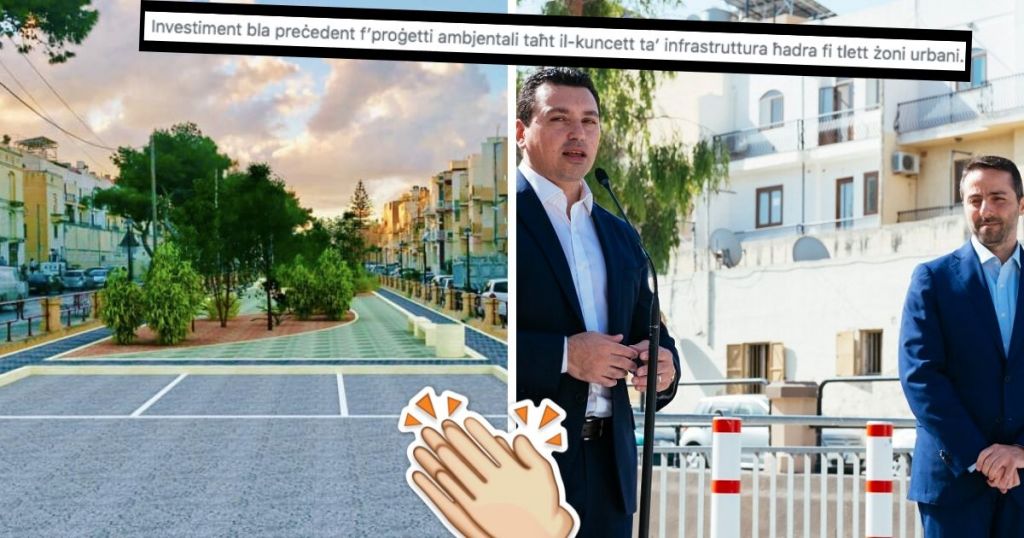 The “Green & Blue Infrastructure” will focus on developing green recreational areas in three urban zones – the housing estate in Ħamrun, Vjal L-Indipendenza in Mosta, and Triq il-Wied in Ħal-Qormi.

The three million euro investment was announced as a joint initiative by the Minister for Environment Aaron Farrugia and Parliamentary Secretariat for Citizenship and Communities Alex Muscat.

“In Qormi, the intervention will be in the area of a valley which is known for being impacted by rainwater; in Ħamrun, the project will be at the heart of the community and in a place where hundreds of families live; in Mosta, a main road which is also considered to be a commercial zone,” Farrugia said.

As part of the initiative, a design and build competition will be launched with proposals chosen based on their environmental and health benefits.

“Malta needs more projects which truly are in line with our vision to move from grey to green in terms of infrastructure, and which truly benefit the health of residents and improve wellbeing.”

“This is why we are looking at less traditional ways of tackling national projects, and because the time has come to revolutionise the concept of intelligent planning in our country,” continued Farrugia.

Economy Minister Silvio Schembri took to Facebook to show his support for the new initiative, taking the time to dig up a proposal he made for a recreational space in Qormi back in 2015.

Last week, the Malta Street Sports Association called for a change in how we approach public spaces and urged for more parks and recreational spaces to cater to older age groups in light of their overuse throughout the COVID-19 pandemic.

READ NEXT: Litterers In Malta Can Now Be Fined Up To €50,000 As Harsher Environmental Penalties Announced