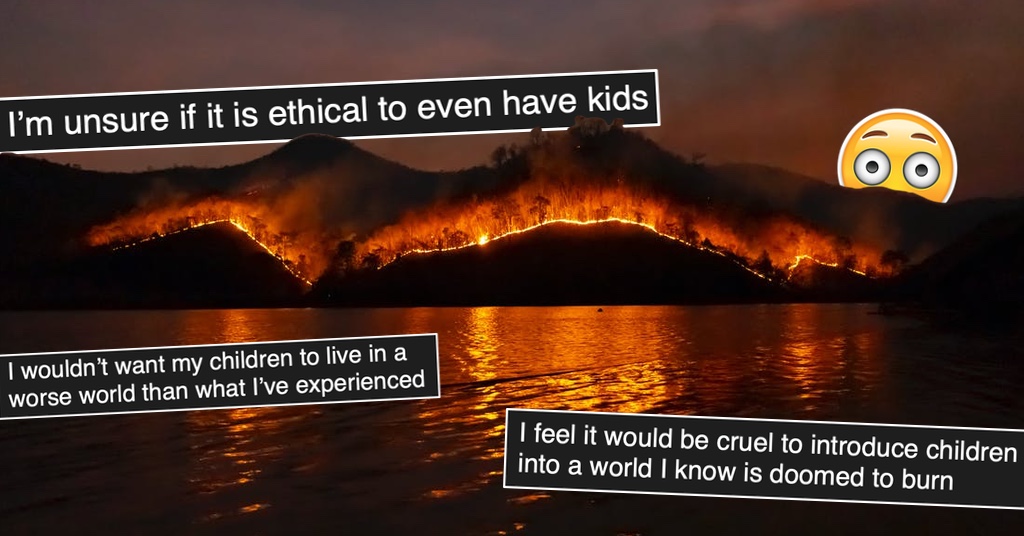 Burning forests and recordbreaking heatwaves have dominated global headlines for much of the last year. And with a “code red for humanity” being sounded mere days ago, the planet might be heading to the point of no return earlier than initially thought. But what do people actually think of it all?

Earlier this week, Lovin Malta ran a series of polls on our Instagram stories to gauge how the current climate crisis affects people on a personal level… and what they’d be willing to do in the hopes of keeping further change at bay.

And after over 1,000 replies, the results were very enlightening to say the least.

1. Most people feel that climate change affects them on a day-to-basis

While having to live in temperatures that exceed 35°C far too often is definitely uncomfortable, Malta’s increasingly intense summer was just the tip of the melting iceberg. And that’s exactly why 82% of our respondents said they feel climate change has affected them on a day-to-day basis.

“The increase of alien species is concerning,” one person said, with another pointing at the “polluted air and sea of plastic”.

“You end up having limited productivity as you already feel tired by being outside for a few minutes,” another chimed in, with many more echoing the worrying “lack of concentration and dehydration”.

“We can only breathe cement and dust,” one lamented, with another saying “the pandemic is also a consequence of climate change.”

The sentiment was clear: “This has affected us all”. 2. An overwhelming majority said they actually plan on changing their lifestyle amidst this climate crisis

“I’m going to try and use the scooter or bicycle instead of my car,” one person said, with others pointing at solar panels, electric vehicles, or just not driving at all.

“I want to stop buying from big brands that have a huge impact on CO2 and start buying more local products,” another suggestion said, alongside an overwhelming majority of people who said now is the time to “take recycling and upcycling seriously and actually give a shit about what we’re buying”.

“And most importantly – we need more trees!” many said. “We have enough glass and cement to cover our island a couple of times over – it’s time to stop.”

3. Nearly half of the respondents said they would actually consider not having children because of the climate crisis

“I’ll do anything to help my Earth,” one person said. “It’s the most concrete decision you can take to help the planet.”

“I wouldn’t want my children to live in a worse world than what I’ve experienced,” another said. “I feel sorry for the children that are yet to be born.”

“I feel it would be cruel to introduce children into a world I know is doomed to burn,” one final comment poignantly put it. 4. Over 70% said they’d be willing to alter their diet to help combat climate change

In fact, going vegan and replacing certain products like dairy and meat were amongst the most mentioned considerations and suggestions.

“My diet has become more plant-based, and I avoid consuming or buying any unnecessary or excessive items,” one respondents said, with many more pointing at lowering their carbon footprint as an attainable personal solution.

5. When everything is said and done, though, even with so many record heatwaves and wildfires making daily headlines, all hope is not lost

In fact, 66% of our respondents said they don’t think it’s too late to do anything about climate change.

“I can’t bear the heat and I feel like the worst is yet to come, but we can’t give up,” one reply said.

Clearly, even though battling a global climate crisis is an uphill struggle and there’s only so much we can do when we’re shadowed by mega corporations who seem steadfast in their defiance of rules and change, that flickering light at the end of the tunnel has not yet faltered.

What do you make of this? Do you agree with our survey respondents? Sound off in the comments below

READ NEXT: Malta Should Treat Its Farming Land Like A Desert, Says Agriculture Expert