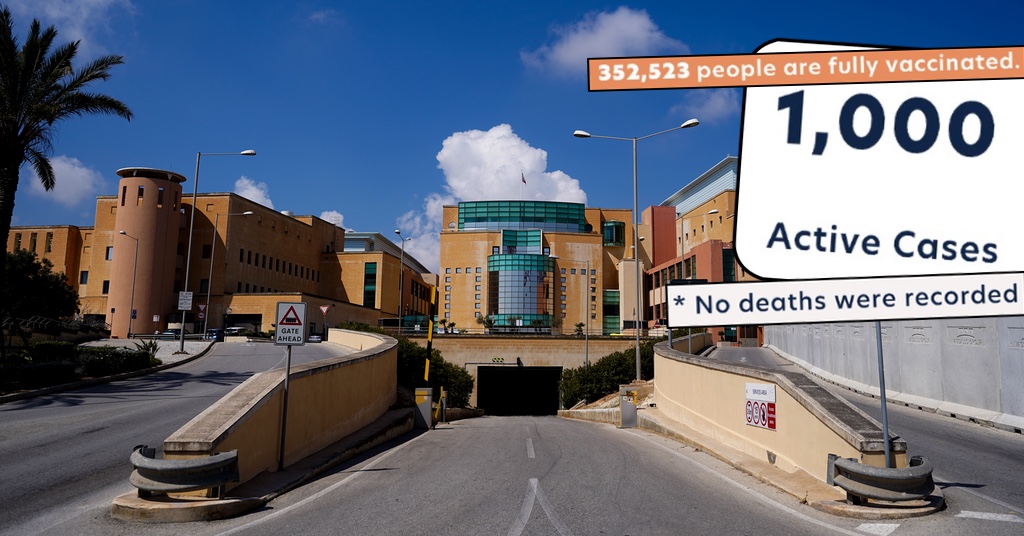 Every single time the world has entered a new phase in its long battle against COVID-19, different types of data have gained different degrees of importance. What Malta’s health authorities don’t seem to realise, however, is that for yet another time this year, the goalposts have moved.

When this whole mess started off back in 2020, knowing how many new cases Malta was registering every single day was vital. Then, we understood that increasing daily swab tests was essential, and that with that increase, you’re bound to get even higher numbers.

Eventually, concepts like the R-Factor and seven-day moving averages became part of everyday conversation… only to be replaced months down the line with the all-important daily vaccination numbers. Now, with a fresh wave of infections threatening to break already-bleak national records, an old statistic has regained a lot of importance. The thing is, it’s nowhere to be seen.

The last seven days have seen 912 new infections in Malta.

That’s not a little more than what we were getting used to this summer – it’s literally 100 times more than what the country was registering mere days ago. The island went from 28 active cases to 1,000 in just two weeks. And if you look at those raw numbers by themselves, they’re not just terrifying; they make up one of Malta’s worst and quickest spikes yet.

But as the country continues to vaccinate most of its citizens, the most important statistic of them all is somehow being left out: hospitalisations.

Time and time again, vaccinations have been touted as the solution to this seemingly neverending pandemic… or at least the key to regaining that much-yearned normality. And with good reason, too; even with less than a year’s worth of data, the results have already shown a rapid decline in serious COVID-19 cases and hospitalisations among those who have received the jab.

With so many fewer serious cases, the ominous potential danger of the virus can gradually be reduced, with the hopes that the world can eventually reopen and live with COVID-19 the same way it does with other illnesses that regularly rear their ugly heads and require vaccinations to keep at bay. But we won’t know really whether this is actually happening if we had to look at Malta’s current daily COVID-19 updates.

Whichever side of the fence you’re sitting on, one fact remains: 1,000 infections a year ago, when the vaccine didn’t exist, and 1,000 infections today, when a large chunk of the population is vaccinated, are completely different.

If you had to look at 2021’s data alone, you should be able to come up with a water-tight pattern to prove the above statement. But the vital final piece of data which would prove it once and for all is just not as readily available as it used to be mere months ago.

The difference the vaccine has clearly had is staggering; 8% of Malta’s active COVID-19 cases required hospitalisation just four months ago. At the time of writing, that ratio is down to 0.8%. If you needed more proof, the percentage of newly infected people who happened to also be unvaccinated is currently around 90%.

At the other extreme end of the spectrum, Malta has dropped from at-times daily deaths to zero becoming the new norm yet again.

Clearly, even with worrying new variables like the Delta variant greatly increasing the infectiousness of COVID-19, vaccines have had a very strong impact on how many infected people actually need to be treated in hospital. And clearly, with enough data, even figures like this week’s daily infection wave can be rationalised within a much more level-headed context.

Health Minister Chris Fearne himself has even said time and time again that Malta should always be looking to avoid overloading our hospitals, quoting decreasing hospitalisations with the positivity they rightly so deserve.

So with all this in mind and the nation being told that hospitalisations are down, why are these numbers not being published with Saħħa’s daily updates?

Sure, the minister was very happy to give the current figures when asked by journalists during yesterday’s press conference, and even provided the nation with additional information on where these cases could be coming from… but why should such important figures only be given to the public when the press pressures the authorities?

Now, it’s about time Malta’s health authorities were more transparent with the number of COVID-19 patients who currently require hospital treatment… but that’s just the tip of the iceberg.

It’s extremely difficult to justify a governmental body withholding the full data it might have, but it gets even harder when we’re talking about data concerning sick citizens during an ongoing pandemic.

Numbers like how many of our current cases are local, how many of them are vaccinated and ultimately how many of them need to be hospitalised or even receive intensive care are absolutely vital at a time like this. Otherwise, how can you expect people to rally behind any request or assurance you might have?

Malta’s current 1,000 cases can either be the worst thing ever, absolutely nothing to write home about, or literally anything in between. But without data that’s broken down enough, it’s anyone’s guess.

What do you make of this? Sound off in the comments below.