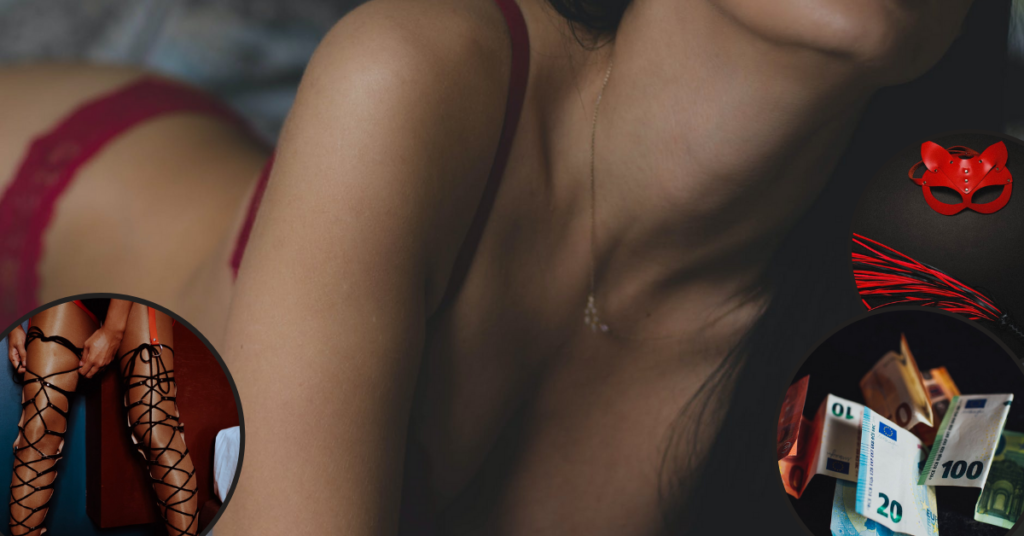 In a country where the legal aspect of prostitution is all over the place, so is the sex industry. Sex work in Malta is highly stigmatised, barely regulated, and pretty freaking wild.

To understand exactly what the underground scene is all about, Lovin Malta spoke to an insider of Malta’s sex industry, who has experience in both selling and purchasing sex.

Mark* used to be a professional dominator in London, but has retired from such endeavours. In Malta, he experienced the other side of the coin using escort sites.

“Malta is a wild west when it comes to the sex industry,” he said. “Literally everyone you can imagine is feeding into it, but the public attitudes and lack of sex education cause it to be a very strange environment.”

Selling and buying sex is legal in Malta, but soliciting in public and organising sex work isn’t. The laws that do exist surrounding sex work allow landlords to kick someone out of their property if sex work is taking place.

More shockingly, the law also allows you to disinherit someone for being a prostitute. Since sex work is not recognised as work in Malta, there is no mandatory HIV or STI testing.

However, an adult living off the earnings of prostitution is completely legal.

Confusing laws make for a messy industry. Escorting is common in Malta, and increasingly so now that sex workers and clients can easily find each other online.

Girls soliciting on the streets, often in towns like Ħamrun, Gżira and Paceville, are called ‘street walkers’. They mainly tend to be around during summer, when tourists flock to the islands.

These girls are usually ‘touring girls’ from Eastern-European or Latin American descent, who travel around making money via prostitution.

Street walkers’ pricing tends to be lower than the average, as it’s a very quick service – they usually meet inside cars. These girls often end up in ‘working houses’ that host many women who live and work in the home. The houses are not registered with the housing authority, and girls end up paying a fortune in rent, Mark said.

“They tend to be confined to their room the majority of the time, because the landlord is ensuring that anything that can fit a mattress has a girl to work in it.”

Street walkers are relatively uncommon in Malta because of the country’s community nature. Street walkers are easily recognised, and the hassle they get from police is not worth the little money they make. Many prefer to stay hidden away and work from websites.

“One girl told me it simply makes no sense to do such work in Malta, because she would be charging less and running more risks. With the high cost of living in Malta, it would probably not be enough to sustain her.”

There are also Filipino transgender girls in Malta, who often have a day job and do escort work on the side. “Their best customers are mainly the Maltese men who give them hate in public for being transgender and non-Maltese.”

“Men will pay these women above average escort prices to suck them off, as the fact they are transgender is seen as a fetish.”

Street work is a section of the business that is in a steady decline due to the advancement of websites that cater to service providers, being free to set up and easy to use.

There are sites like Seeking Arrangement (SA) which help sugar daddies or mommies find their sugar babies, as well as subscription service OnlyFans for online sexual content. But SA is a ‘desert’ in Malta, Mark said.

“Malta is a desolate waste ground of time wasters and super low prices for the most part. Having worked in the industry in the UK and using it in Malta, I was hugely shocked at how terrible it was.”

“You may get lucky and find yourself someone awesome. However, in the grand scheme of things, SA in Malta is a thinly veiled escort site.” “In Malta, it’s basically girls escorting or thinking they are worth much more than the industry standard pricing.”

Escorting on the other hand is common, though not high-end escorting. “The sex industry is rather cheap, and honestly not that impressive.”

For escorts, there are two main websites used in Malta. The most prominent escort site is sexomalta.com, which currently lists 275 escorts. A secondary website is eurogirlsescort.com, which has a page for Malta specifically.

Neither clients nor escorts seem to have established a good network to standardise the prices or practices, as many people come and go for business and regulation is basically non-existent, Mark said.

However, there is an indication of what you can expect to pay (or earn) in the sex industry in Malta.

The standard rate in Malta is €100 per hour, with some hourly rates being as low as €70. Outcalls, where the girl comes to your place, normally cost more at about €150.

“It’s a bit of a wild west show when it comes to what is included in the price, with some girls – mostly Maltese ones – charging you extra for everything. Other girls might let you have whatever you like for that €100.”

For as little as €30 to €50 you can get a quick meeting of just 15 minutes, whereas premium escorts ‘who know their stuff’ charge upwards of €150 hourly.

“Most girls do not provide 15-minute services, as it comes with a higher risk than it’s worth, but might do so on a slow day. More often than not, it’s mainly getting head and the tiniest bit of actual sex.” “Premium escorts are much more attentive, they see less clients per day and provide what is called a girlfriend experience (GFE), where it is much more relaxed and less mechanical.”

However, these escorts are rare to find in Malta. Mark said the mindset is: ‘how cheap can we get to undercut competition and still make it worth our time?’

“Service-wise, the focus is on getting the man close to coming using mouth and hand first, followed by a quick, uninterested ride to make him come quick as possible. It’s cheap, nasty, and frankly the reason prices are being driven so low.”

Price haggling is also a common thing in Malta, which is why some escorts use inflated prices. “If you try your luck you can more often than not haggle them down in price if they are having a slow night.”

This is a typical Maltese thing, as in the UK price haggling never happens. “It’s a sure fire way to get you pretty much blacklisted by the escort and any of her associates.”

You get what you pay for

“It’s very common that you will read absolute lies on their page, where they promise all sorts and deliver nothing of it. However, in such a sex-starved market it’s a seller’s one, because the options are not great.”

“Photos are never very accurate at all. Many women are much older than stated and pictures are often greatly enhanced.” From safety and toleration to research and legislation, Malta lags behind in every aspect when it comes to sex work.

With insufficient sexual education in schools leading to taboos and a lack of sexual health awareness, the country needs to embrace the open discussion about sex.

Because sex is so much more than we give it credit to be. It is pleasure, it is health, and it is part of who we are.

We can continue contributing to the ever-present taboos that make men and women alike bury their experiences with the sex industry, or we can foster a society that accepts and encourages healthy discussion about sex.

It’s about time we do the latter.

How much do you know about Malta’s sex industry?

*The source’s name has been changed to ensure the individual’s anonymity.

If you have a story related to Malta’s sex industry or have been affected by this story, reach out to [email protected] in confidence.