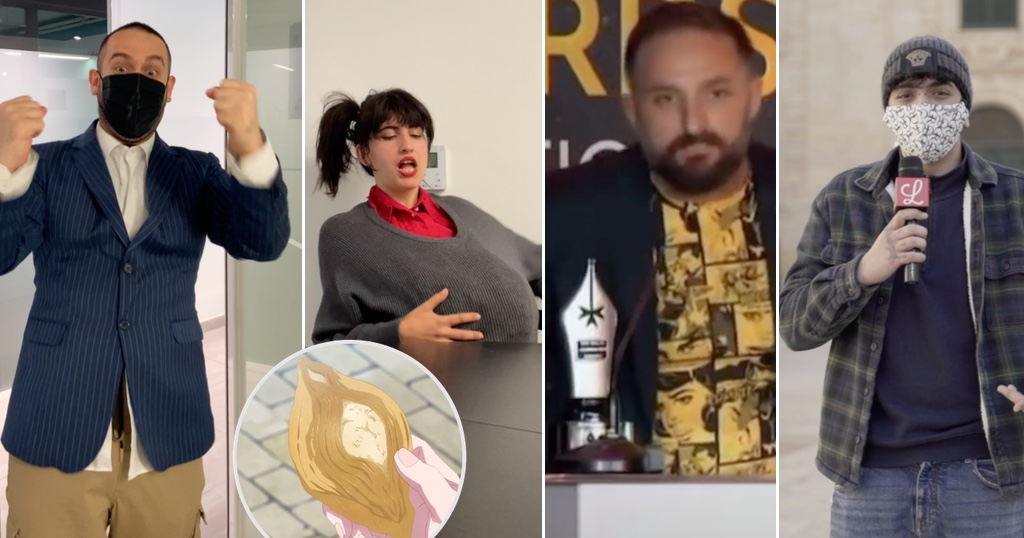 Another very eventful week came to an end yesterday, and with it, over a dozen new Lovin Malta TikToks. And boy was there a lot happening in the past couple of days.

1. Keith and Konrad reunite… while being interrogated by the police

One of last week’s biggest news was Konrad Mizzi and Keith Schembri heading back to police interrogation under an investigation from the Economic Crimes Unit.

So how do you think the reunion between Mizzi and Schembri? We think it went something like this.

2. A confusing, frustrating and dramatic couple of days for Malta’s roads

Even before a 19-year-old man tragically died in a car accident on Friday night, this week was another hectic one for Malta’s roads.

First, a post-accident argument between a cyclist and a driver ended up with a hit and run filmed from a bus. Then, days later, Sliema residents woke up in the middle of the night to the remnants of a shocking head-on collision. Thankfully, only minor injuries seem to have been sustained here.

3. Malta wins… and one sportscaster gets memed

As local legend Michael Mifsud played his final game with the national team last Wednesday, Malta had yet another great showing, ending a friendly against Liechtenstein with a comfortable 3-0 lead.

But while Mifsud kicked off the victory with a goal in the fifth minute, it was TVM’s young sportscaster’s blunder that the first goal was scored by 80s legend (and 56-year-old) Carmel Busuttil that made headlines and memes.

Depending on what news house you follow, you might not even be aware this happened, but last week, a Maltese woman became the second most senior MEP in all of Europe. You know, the second most important person representing 446,000,000 people. That woman is Roberta Mestola.

5. A mother cries for her baby during a shipwreck

Shocking, heartbreakinng footage of a Guinean mother crying out for her six-month-old baby during a migrant dinghy shipwreck attracted tens of thousands of views… and a whole lot extremely problematic comments.

@lovinmaltaofficialShocking. Heartbreaking. Just out there. A Guinean mother cries out for her six-month-old baby during a migrant dinghy shipwreck ##fyp ##fypmalta♬ original sound – Lovin Malta

Safe to say, many were excited to meet Malta’s Second Wonder.

7. Lovin Malta sweeps the Journalism Awards… and Jon Mallia addresses the iljunfant in the room

Over the weekend, Lovin Malta’s newsroom and video department won five awards, from Best Online Journalism to Most Promising Journalist.

But there was also another award heading Lovin Malta’s way – Best Use Of The Maltese Language.

And since Jon Mallia jogged on stage to accept that award, you just know he was going have something to say about the Tkellmu Bil-Malti brigade.

8. Japan tries to shit on pastizzi… but we won’t have it

This week’s tough question being asked to Malta’s leaders and politicians as they had into Parliament was a tough one.

But while some had an instant gut reaction to the question, others took their sweet time to think about the best response to give. Or just didn’t give a response at all.

BONUS: Lovin Malta gets a new addition… and he’s already TikToking away!

Anyone who’s ever watched Xarabank (which, you know, is pretty much half the country) will recognise Ricky.

Last week, the young Vox Popper took to Lovin Malta’s TikTok account to announce that y’all will be getting to see him more often there.

And beyond the Mizzi-Schembri bro-ness, Ricky has already started showing his mark, from giving the office a Maltese tongue-twister to playing two separate parts in a video list all about types of students in every Maltese class.