As the blistering heat starts to calm down, day-time events become more bearable and Malta opens its doors to some cool(er) autumn parties, activities and conferences that can only be enjoyed this time of the year are finally landing on the island.

From the Mdina Grand Prix to the sixth edition of the Malta Tattoo Expo, there’s going to be something you’re going to want to attend this weekend to keep you busy. Of course, we’ve chucked in the odd party or two, but really what we’re trying to hint at here is that there’s a whole bunch of other cool stuff to go to this weekend that doesn’t involve drinking and partying all the time (OK, maybe you can get away with that too!)

Mizzi Studios, together with Move Malta, will be unveiling their latest strides in bringing Malta’s old buses back to our streets tomorrow with a full-featured VFX film screening in Valletta.

Of course, the only place you can carry out an event called ‘The Malta Bus Reborn’ has to be the place were it all started… Triton Square.

3. Celebrate a quarter of century of rebellion…

Left-wing activist group Moviment Graffitti will be celebrating its 25th anniversary with a picture/artifact exhibition of the group’s evolution from its early days, starting on Friday and ending on Sunday night where you’ll be able to close off the weekend with some drinks and music.

Malta Tattoo Expo is back for its sixth edition at MFCC this weekend featuring some of the best tattoo artists from around the Meditteranean and beyond!

Apart from the opportunity to get tatted by some of your favourite artists, the Expo will also feature some live music, other performing acts and famous tattoo personalities including the wonderful Červená Fox!

The Temple in Gianpula Village will transform into an astroworld of  Hip-Hop, Dance & R’n’B this Friday when Elements take over with their throwback set to the Noughties.

Spinning all the sick mode tracks you could ever want and need for the evening will be local DJs Supre, Knuckles and Koroma.

Italian black/thrash legends Necrodeath will for the first time ever perform in Malta with support from the Greek old-school death metallers of Obduktion. Thy Legion and Mythrilfrom Malta, complete the lineup for this four-way heavy metal bonanza!

No better way to beat a Saturday morning hangover than to get back on the horse and keep the partying going with Two Buoys brunch. Think Aussie tucker, refreshing bevvy’s & a great mix of DJs featuring Kamikaze, Louie G, Nicky Slim and The Wizard.

8. A night at the candlelit city

A celebration of culture and art is going down at one of Malta’s oldest and most historic cities, Birgu. On display will be historical reenactments candlelight dinners in the beautiful town square. Streets and houses are lit up with candles, chandeliers hang in the streets, and music echoes throughout the winding pathways. 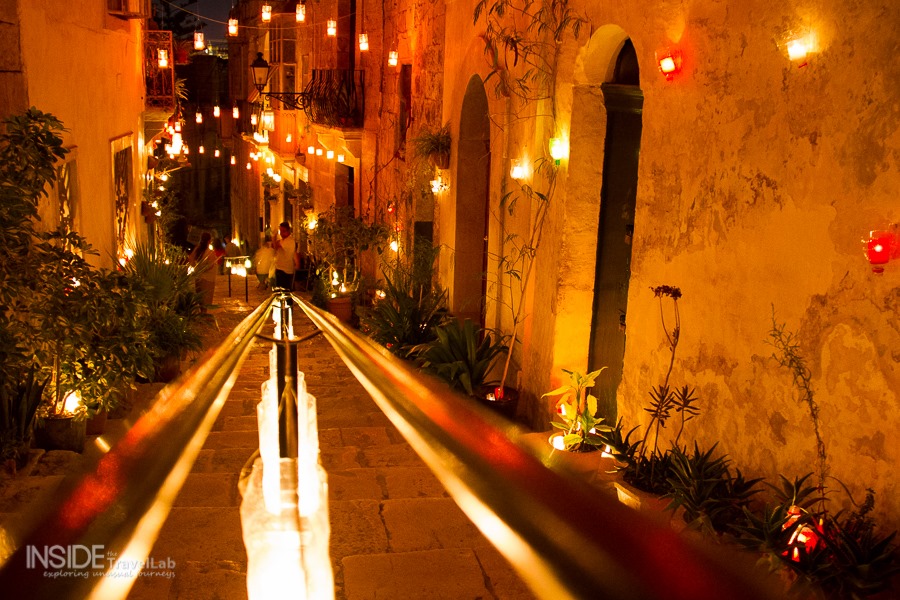 9. Malta’s very own grand prix… with a classic twist

Mdina Grand Prix is on this weekend featuring some of the world’s most iconic classic cars racing races outside the Silent City’s walls.

Over 70 pre-1975 cars will participate in the 11th edition of Malta Classic, with drivers from international locales including France, the UK, Italy and Switzerland for the Malta Classic 2019 championship of vintage style and speed.

10. Road to the Euros with a Scandinavian challenge

Malta will continue its Euro 2020 campaign with a matchup against Sweden at Ta’ Qali this Saturday.

There will be plenty going on before the match starts, with  Malta-based iGaming company LegolasBet supporting the official fan-zone featuring live music, food, drinks and a whole load of family fun.

11. Hottest hip hop and house on a Sunday night

Paceville’s very own Havana 808 will be launching its Escape Sundays, featuring hottest R&B, hip-hop and house courtesy of Stef, Kyle and Miggy. An abstract art exhibition by artists Majka in which she aims to indicate the timelessness or personal growth through various artistic mediums and expressions.

“You have to look beyond the veil of form and separation,” the artist warns. “Moreover, acknowledge the truth of being present and giving diverse meanings to relationships established followed by words which are often untold.”

‘INT’  will launch this Sunday at Splendid in Valletta where the artwork will be on display all day. Tag someone who needs to add one of these events to their weekend plans!