Whether you know it as Liquid or as Vibes, San Ġwann’s corner club resonates with different generations of Maltese people in a nearly unbeatable way. And while clubbing in the 21st century already feels like a million years ago, get ready to go back even further.

In a series of photos shared in groups like San Ġwann Residents and Għal Min Iħobb In-90s, the iconic club’s long and beautiful history has started coming to life once again.

Opening its doors back in the 70s, Vibes quickly became one of the most popular clubs on the island.

One of the groups’ regular contributor, Lita Thomas, shed some more light on the daily goings-on of the beloved San Ġwann hangout.

“Opening Thursday through to Sunday, the club had an indoor area, an outdoor garden area and five bars,” Thomas explained. “It used to open from 6pm to 10pm. The club was most popular on Sunday and used to compete as one of the top spots on the island throughout the 90s.” 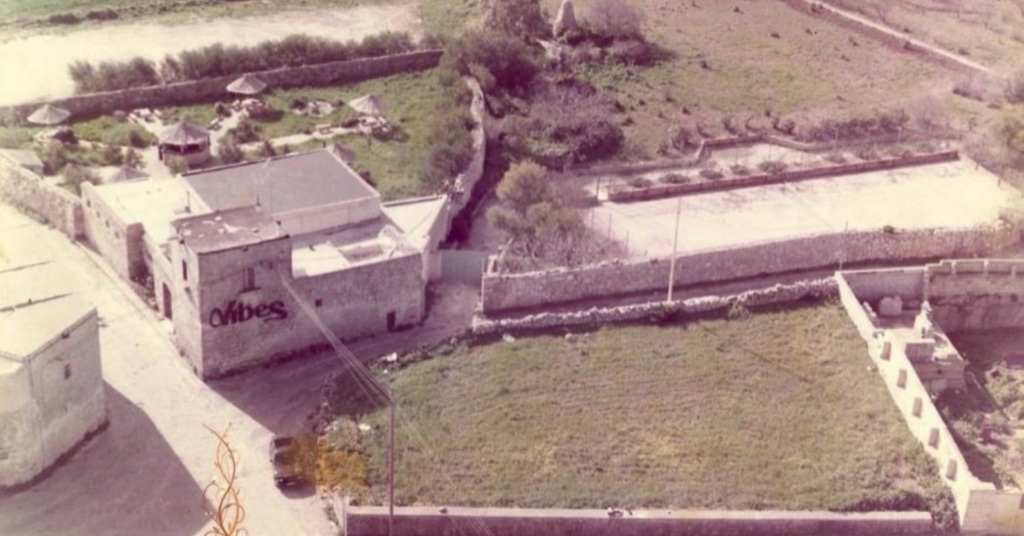 A very different crossroads... also featuring fields instead of the sprawling Aria Complex

But beyond the awesome – and very different shots – of the club from the outside, other photos revealed a more intimate side to Vibes.

We’ve all seen photos of old clubs’ facades, but thanks to nostalgic groups like DJ Chris Funkytown’s, the trip down Malta’s clubbing memory lane was intensified even further.

From colourful posters and custom ashtrays to stylish gatherings in the club’s outdoor area, everything screams pre-noughties wholesomeness.

And whether or not you remember these days or weren’t even alive when they were going down, the photos will have you wishing of days well before this whole COVID-19 saga.

“It was fashionable to have a Vibes sticker on your Escort’s rear window,” one comment read.

“Vibes Sundays, the best Sundays,” another reminisced. “Styx on Saturday, and right here the day after.”

“One of the best discos back then, what a time,” many more chimed in. Tag someone who’d love to check these photos out!

READ NEXT: Jailed For Joking About The British, Interdicted And Humiliated During His Wedding: Remembering The Late Joe Micallef Stafrace