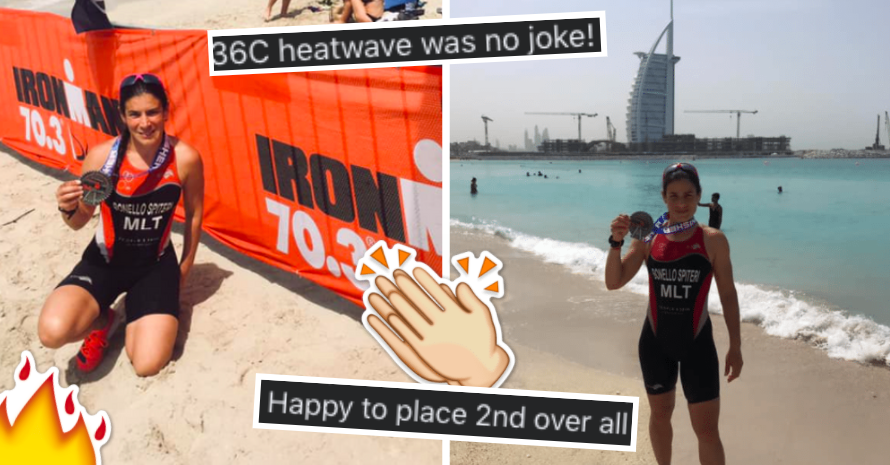 A Maltese triathlete has placed second in her age group at the Dubai Ironman 70.3 race.

Danica Bonello Spiteri was just 44 seconds behind the Female 40-47 age category winner, a  title she lost out on due to overheating in the last leg of the race.

“Never threw so much water on my head, stuffed so much ice down my trisuit – literally everywhere!” she said.

“But succumbed to overheating in the last seven kilometres, slowing me down and ended up walking a few water stations to throw water over my head.”

Bonello Spiteri had to battle a scorching 36-degree heatwave throughout the half-Ironman but still pulled through with a very impressive result, completing the race in 4:35:24.

In just her second half-Ironman, Bonello Spiteri finished 19th amongst all female competitors and 186th overall.

The Maltese athlete previously competed in Turkey back in November 2020 where she won her age group and placed third overall in the race.