Apple unveiled the latest models of their cult-mongering iPhones last night and Malta is still on standby with regards to pre-orders, but we’ve got the inside scoop on just how long it would take the average Maltese salaryman to save up for a new pretentious selfie machine thanks to a new report.

The iPhone Index, a series of statistics published by online site Picodi, lists the projected prices of the latest models by country against the number of average working days you would need to work to save up for them

According to the findings, the average Maltese person will need to work for 19.2 days to cover the cost of Apple’s new beast.

While local prices are not yet confirmed, the report seems to indicate that an iPhone 11 Pro (64GB) will cost the same as Ireland’s current listed price: €1179. 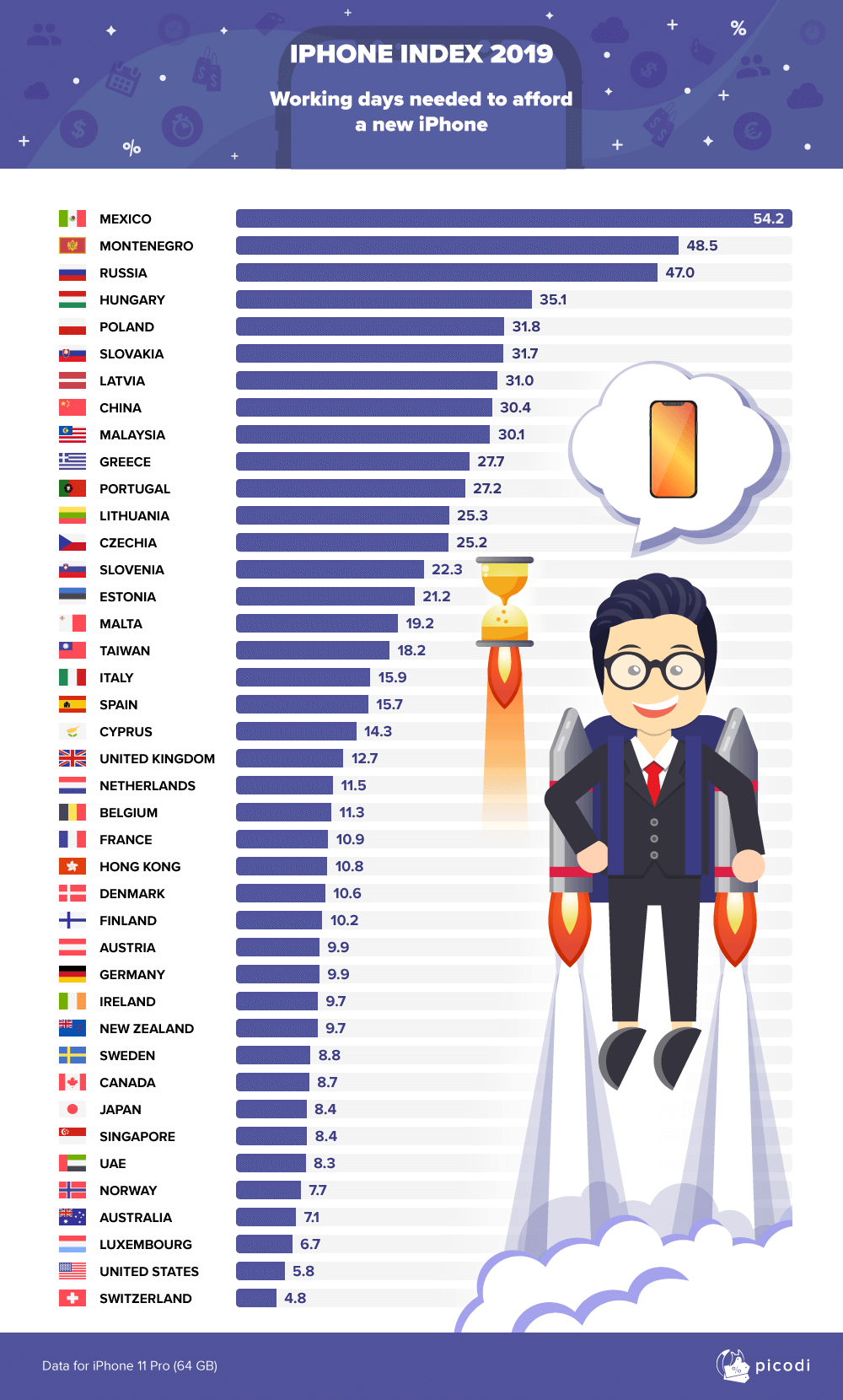 When compared to other countries that rank much higher, it doesn’t seem that bad. In fact, Malta ranks in the middle, just a tad lower than the average.

In the lead on the ranks is Switzerland, followed closely by the USA and Luxembourg. Swiss workers will only need to work 4.8 days, Americans are up at 5.8 and Luxembourgers rank in third with 6.7 days.

At 54.2 days, Mexico is the worst on the list – a statistic that leaves us wondering whether Trump’s wall was just a metaphor for disconnecting them from the consumerism his country so loves to rely on.

While Apple’s iPhone 11 is reportedly the company’s cheapest smartphone since 2017’s iPhone 8, there’s also the comforting fact that 19.2 days is 0.7 days less than how long Maltese people needed to work to afford an iPhone in 2018.

Tag a friend who needs to see these statistics!

WATCH NEXT: Here’s How Much It Costs To Replace Your iPhone Battery In Malta