Financial Action Task Force (FATF) president Marcus Pleyer has flat out denied that Malta’s fledgling crypto industry had anything to do with its recent greylisting.

Questioned at a press conference this afternoon, Pleyer noted that the FATF introduced new standards on virtual assets in 2019, after Malta’s initial MONEYVAL evaluation.

“We are now in the process of helping countries and private companies implement these standards. For this reason, because they are very new standards, we will be issuing guidance for countries in October. This was not an issue in Malta’s mutual evaluation.”

A few days before the FATF’s decision, Times of Malta reported that FATF evaluators had flagged “lax oversight” over the movement of billions of euro worth of cryptocurrency through Malta, a report which was challenged by the VFA Agents Business Unit within the Malta Chamber of Commerce.

De Marco warned that the industry might be considered too “high risk” for foreign jurisdictions, while Caruana went a step further and warned the sector may need to be eliminated altogether if it is endangering the economy.

This logic was called out by crypto expert Jonathan Galea, accusing the two politicians of using the industry as a scapegoat. 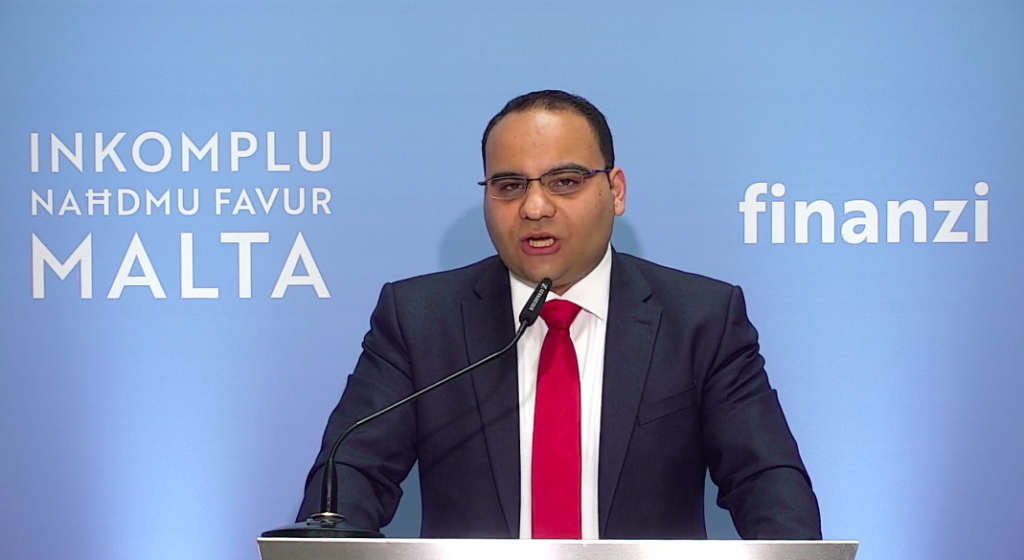 Following Pleyer’s confirmation, Galea urged Caruana and de Marco to issue a public apology and retract their statements about the crypto industry.

“Your premature comments yesterday have deeply impacted the local VFA industry, which has been working hard over the past years to establish itself in Malta in line with the rigorous requirements set out under the VFA framework,” he wrote. “The least that can be done in order to set out on bridging the rift is by issuing a public apology and a retraction of yesterday’s statements.”

“Moreover, we, as the VFA industry, extend our hand and offer to communicate fully with you in order to explain the efforts that have gone towards building a robust and sound ecosystem. We hope that going forward, the DLT sector in general will be treated as one of the promising future pillars of the Maltese economy, rather than unwanted baggage.”

At his press conference today, Pleyer confirmed the action plan Malta has agreed to embark upon – with points related to improving the transparency of companies’ beneficial owners and improving the FIAU’s financial intelligence to help the authorities combat tax evasion and money laundering.

He said the action plan includes timelines for Malta to follow but refused to state what these timelines are.

Pleyer insisted that Malta will benefit in the medium and long term if it implements these measures demanded by the FATF.

“I followed the news in Malta and I know every country who is placed on the grey list isn’t very happy with this but in the end, the government gave its clear political commitment to work together with the FATF to address the deficiencies,” he said.

“They gave a signal for cooperation and I’m very thankful for it. In the long term, this will help Malta improve its anti-money laundering systems which will ensure that the country has a strong rule of law, sustainable and fair economic growth, and social cohesion and peace. It has a lot of advantages and strengthens the integrity of our financial system.”

What did you make of Marcus Pleyer’s press conference?

READ NEXT: FATF Reveals Three Points Malta Must Work On After Getting Greylisted