FreeHour, Malta’s largest student platform for University & college students has just launched overseas in Italy. The app allows students to share their timetable with friends in order to facilitate finding common free time to meet up on campus.

In addition to this, FreeHour also boasts a number of slick student features.

FreeHour’s reach back home in Malta now covers over 80% of local students, with around 20,000 registered users.

Riding on the tails of their homegrown success, FreeHour has strategically followed through with their plans to launch abroad.

“We’ve been hard at work preparing for this,” FreeHour CEO, Zach Ciappara, explained on their site, “there’ve been many tough decisions to make over the last 6 months and it’s finally becoming a reality.”

To further their success, Zach even took home the Best Startup Pitch Award last Friday, where the 20-year-old presented the app, its history and their future plans to an audience of over 300 people, at the Malta Innovation Summit.

FreeHour is now one of the few Maltese apps to have launched internationally. Being an entirely homegrown concept that was also developed on home turf, too, which places the young startup at the top of their industry.

Italy was a natural step for the team to take, but it was also a planned one. 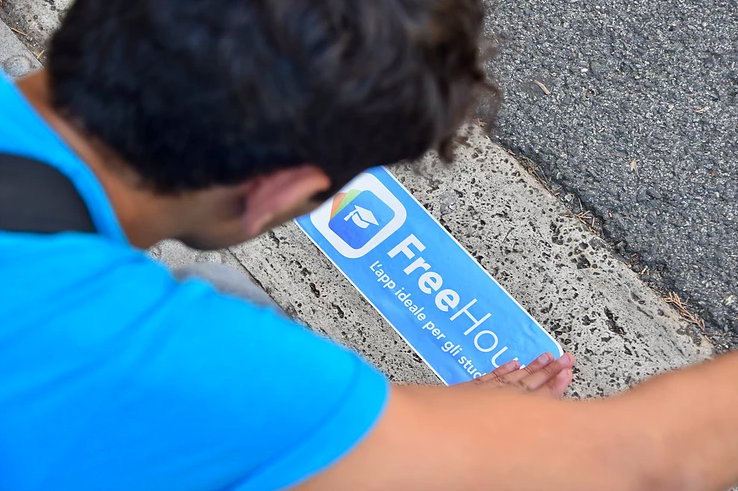 With regards to their new Italian presence, Freehour has primarily launched in three of Rome’s most well-known university campuses: Tor Vergata, University of Sapienza & University Roma Tre. Additionally, they’ve also received a positive response from regions like Napoli and Milan. With 176,000 students in Italy to grab the attention of, FreeHour is already making waves in the local scene with their super relatable, value-driven approach to students.

After just 3 weeks in Rome, FreeHour has already amassed 10,000 new downloads This level of immediate response can be credited towards the consistent developments that FreeHour has been making to the app and the brand over the last few years.

They’ve created a near-perfect product thanks to the constant feedback from their community, as well as personal efforts in introducing new features and continuously polishing the app’s design & user experience.

To add to the good news, Zach took home the Best Startup Pitch Award just last Friday, where the 20-year-old presented his app, its history, and their plans for the future – all on stage in front of an audience of over 300 people at the Malta Innovation Summit.

FreeHour’s grip on the student demographic can again be evidenced by the fact that, since the start of 2019’s scholastic year, the app has been opened a staggering 1 million times.

Their high volume of use marks FreeHour as a perfect platform for brands like Deloitte, McDonald’s, KeepMePosted, GO and Cool Ride-Pooling – all able to specifically target the market through a direct, and trusted, channel.

Over these last few months, the FreeHour team has grown from a one man show to a dynamic group of seven young minds. And with Italy showing excellent promise, it’s full steam ahead for one of Malta’s most successful start-ups.

Do you use the FreeHour app on your campus? Are you supporting their journey? Let us know in the comments.