With UFO fever having never really left the world in the last half a century, people’s alien fascination seems to suddenly be amplifying all over again. And eerily coinciding with the Pentagon finally declassifying a couple of UFO videos, Malta was last night treated to some mysterious lights in the night sky.

A video uploaded to YouTube late last night shows a perfectly aligned string of lights dotting the sky just above Żabbar… but little green men weren’t in the driving seat of this one, folks.

Turns out it was our islands’ first encounter with Starlink, an exciting new satellite project from entrepeneur (and slightly mad genius) Elon Musk.

Yes, the multi-billionaire behind Tesla’s sexy electric cars and the mission to populate Mars in the coming decades.

Initially announced back in 2015, Starlink is an ambitious project unveiled by Musk’s most futuristic-sounding and forward-thinking company, SpaceX.

The plan is simple enough: launch 42,000 satellites into orbit all over the planet, beaming down ultra-fast internet access to every corner of the globe.

With almost 300 satellites already in orbit, more and more keep being launched as SpaceX continues its testing… and the latest batch of 60 satellites launched last month has now become visible all over Europe.

Just 10 days ago, one of the first – and most impressives – sightings of the satellite cluster on this side of the hemisphere saw them light up the sky in Kosovo in spectacular fashion. 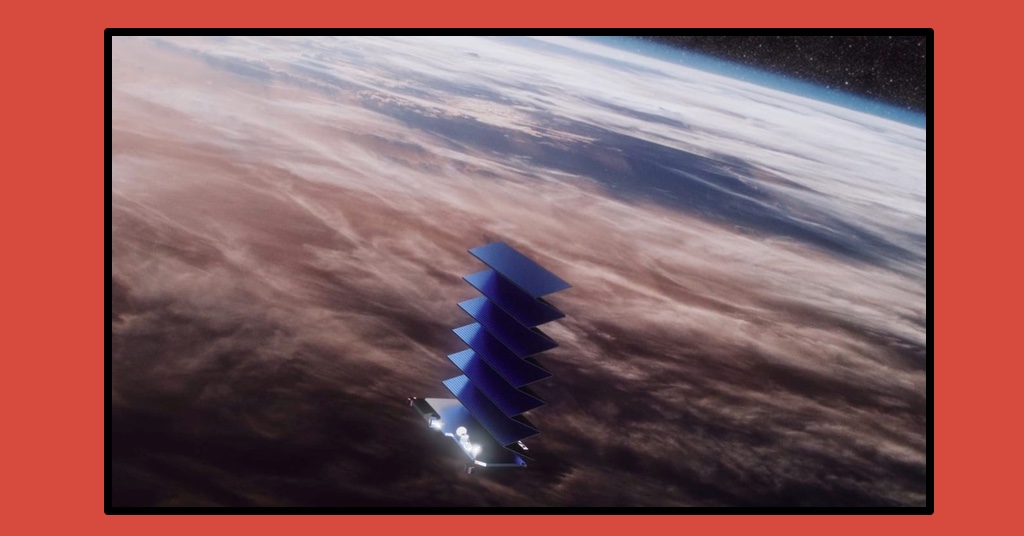 An artist's rendition of a Starlink satellite, courtesy of SpaceX

After multiple sightings in night skies over Berlin, Wales and everywhere in between, though, last night was Malta’s turn.

Musk and stargazing fans alike had a bit of a headstart, knowing to be on the lookout and trying to capture the impressive feat with their cameras.

As it stands, it looks like Żabbar’s eagle-eyed Rayden Mizzi got one of the best views and shots of the satellite chain at 8:45pm, but he definitely wasn’t alone.

“If anyone just saw a trail of lights in the sky here in Malta, that was just a train of Elon Musks Starlink satellites passing by,” events guru Pierre Lindh told his Facebook friends, with a couple of people from different locations all over the island joining in saying they too had spotted the unusual and “incredible” sight.

And if you’re currently kicking yourself for having missed this awesome sight, we’ve got some good news for you ahead of tonight…

While constantly subject to change depending on numerous weather factors, the SpaceX Starlink satellites should be visible over Malta’s skies tonight!

There’s a bunch of fan sites dedicated to tracking the light-chain’s tracjectory across the world, with Find Starlink being one of the more popular ones. On here, it is predicted that the satellites should be making their way over Malta tonight just before 9pm… passing again in the early morning hours of Friday 1st May. As far as where to look out from and to is concerned, it looks like you’re going to have to look from the Northwest (300°) to the South (177°).

And if anything, while last night’s sighting was listed as “Dim”, tonight’s is set to be an amazing “Bright”! Find Starlink offers visibility forecasts for a number of locations around Malta. Here are the current predictions for Qormi. SatFlare's tracking of Starlink as of this morning, ahead of its re-entry over the European region

Starlink has not come without its controversies… and while glorious to spot in the night sky, the chain of lights hasn’t gone down well with astronomy enthusiasts.

From 5G conspiracy theorists to stargazing aficionados, SpaceX founder and CEO Musk’s ambitious new plan has come under fire numerous occasions, most recently due to the satellite’s massive visual impact on astronomy.

Just yesterday, Musk gave further details on a new plan to drastically reduce this impact by adding everything from darkening treatments to the satellite’s reflective surfaces to a literal “visor” installed on the spacecraft’s antennas.

The overall goal, according to Musk, is to “make the satellites invisible to the naked eye within a week, and to minimize the impact on astronomy”… so tonight might just be Malta’s last chances to check out the impressive sight from our balconies and terraces.

Tag someone who needs to check this out ASAP!