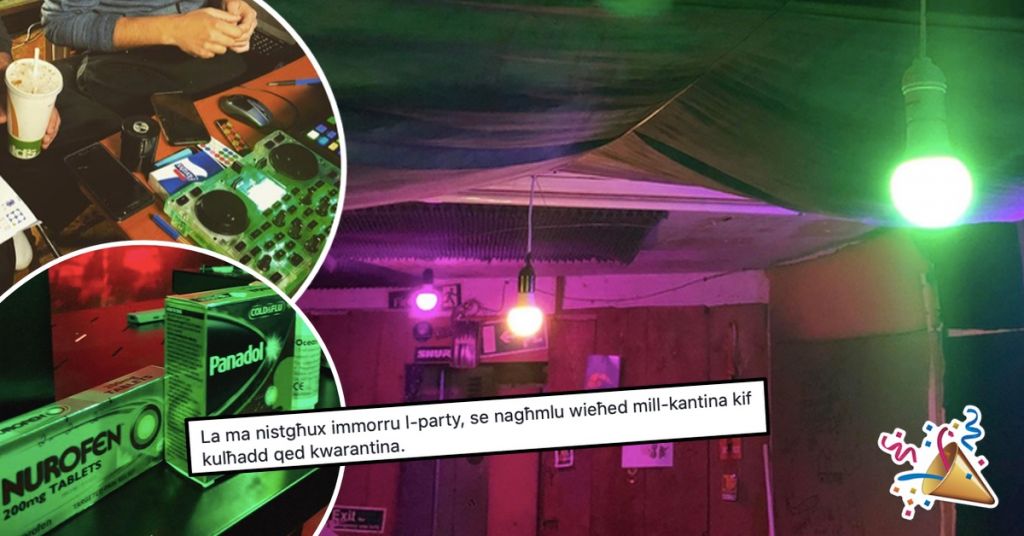 Thousands of people were gutted to find out Malta’s most popular, day-long street party had to be cancelled this year in light of increased Coronavirus fears and stricter measures… but one group of misfits wants to bring the St. Patrick’s Day celebrations straight to people’s homes instead.

Radju Ħaj, a trio of Maltese musicians and DJs best known for their satirical podcasts and short viral videos, will be hosting a “virtual party” on Tuesday evening… on Facebook Live.

“Since we’re all going to be pretty much locked at home by then, we felt that shouldn’t stop us from making the most of the day and celebrating with everyone,” ĦAJ told Lovin Malta.

The event, aptly named St. Patrick’s: Xandira Diretta, is currently scheduled to go live on Tuesday at 7pm, with ĦAJ promising “a short DJ set that will be done before the 8pm news”.

In the past couple of months, ?AJ’s name has cropped up in the line-up of some of the island’s top alternative events as the trio embarks on their next phase: live performances and DJ sets.

The latest appearance saw ?AJ headline Pudina, one of the scene’s biggest annual appointments at Liquid Club just after Christmas.

Earlier this week, the trio was confirmed as the closing act of this year’s Rock the South, which is currently scheduled to take place in mid May.

But as Coronavirus fears and stricter measures spread all around the world, nearly every single event in Malta is slowly being cancelled or postponed… and it’s that which inspired ?AJ’s latest endeavour.

“If people aren’t going to be able to go the party, we thought the least we could do is bring the party to them.”

Tag someone who’s just had their Tuesday evening schedule cleared

READ NEXT: Condom Gloves And Cocaine Straws: Maltese Cartoonist's Tips For 'Drug Taking And Courting In Time Of Corona'