WATCH: Maltese Youth Opens Up About The Day She Suffered A Stroke And Her Life Changed Forever 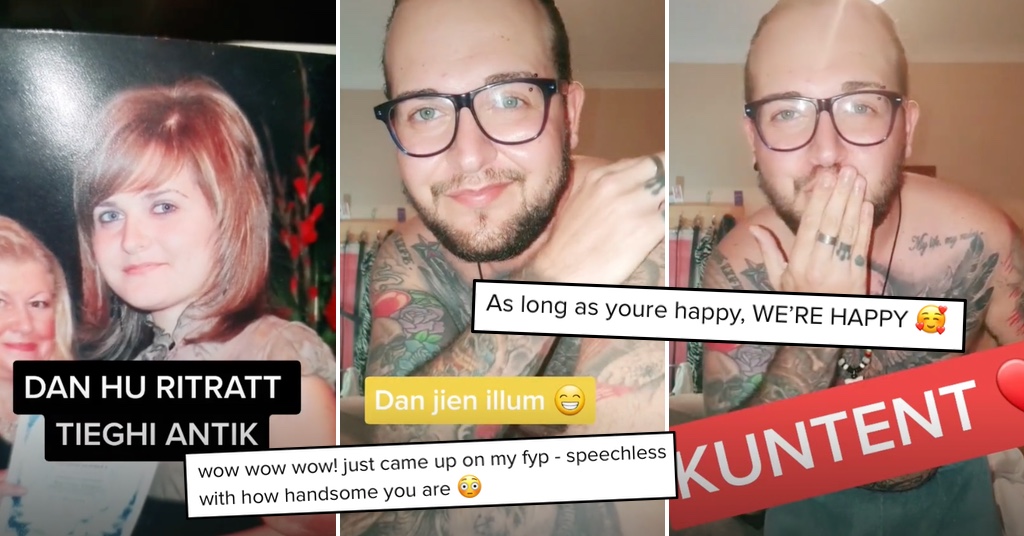 It’s rarely a good idea to check the comments section of a TikTok upload that could potentially divide opinions, but one Maltese transgender man has managed to defy expectations and win over thousands.

In a short video uploaded to TikTok a couple of weeks ago, Leon Bonnici opened up on his past by sharing “an old photo of myself”.

Cut to a couple of seconds later, and it’s 2021 again, with Leon looking completely different.

“This is me today, happy,” Leon wrote, as he smiled, waved and kissed the screen.

“Whoever doesn’t like this can continue scrolling,” the TikToker captioned his upload… but little did he know that he would end up being flooded with positive comments.

Soon, over 300 comments came pouring in, with dozens upon dozens of people congratulating him on sharing his life story and being so positive about it.

“That smile full of love is so beautiful,” one comment read. “I wish I could hug you.”

“As long as you’re happy, we’re happy,” another chimed in, with many reminding him that other’s opinions should not even matter.

“It wasn’t easy, not even one bit,” Leon continued in the comments. “My journey is never-ending. But everything is worth it, thank you!”

A very vocal self-described “tattooed FTM”, Leon frequently opens up about equality and pride issues. He even loves to include his girlfriend Breeann – herself also transgender – who features in a number of videos.

But it seems like this particular TikTok managed to hit an even bigger note with people, with the video already sitting on over 42,000 views.

READ NEXT: WATCH: Maltese Youth Opens Up About The Day She Suffered A Stroke And Her Life Changed Forever