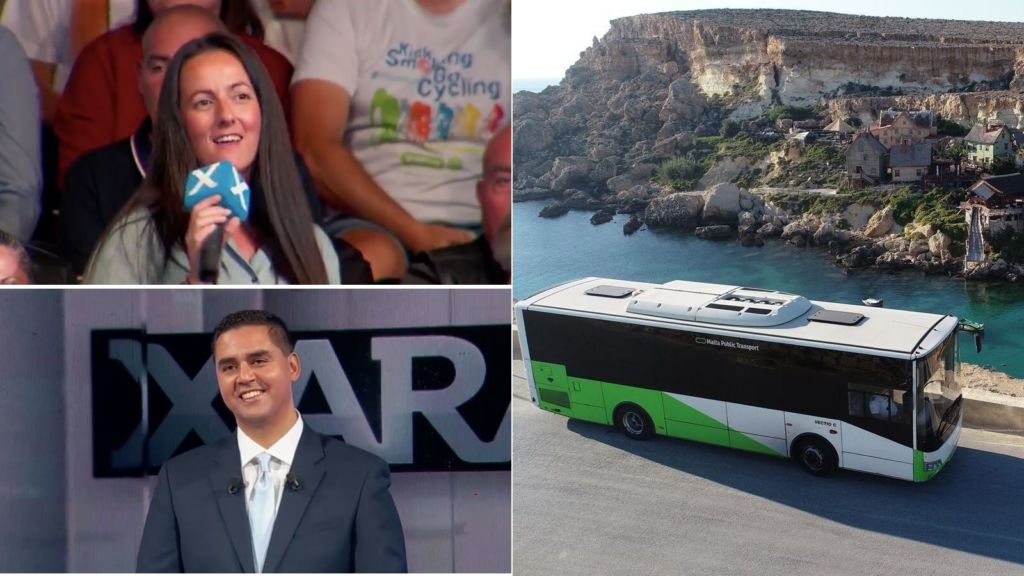 Malta’s bus system is not good enough to cater for someone with a busy schedule, and this has now been confirmed by none other than the Transport Minister himself.

During Xarabank last Friday, Ian Borg came face to face with Jennifer Zammit, a woman who was inspired to start using public transport after attending a protest against the Central Link project.

After recounting her story, Zammit challenged Borg point blank to follow her lead and start using public transport himself to get around.

“It would be an important exercise for you as Transport Minister because there are several problems, many related to Transport Malta, that you’re probably not aware of,” she explained. “If you start using the bus, you will help influence others to follow suit. Everyone has forgotten about public transport since the Arriva disaster and we must start using it again.”

However, while Borg praised Zammit for her initiative, he refused to take on her challenge.

“I can promise to keep working to improve the bus service, but I won’t be a hypocrite,” he said. “There are so many commitments in a minister’s schedule, requiring me to keep travelling from place to place, and I’d be a hypocrite if I had to tell you I’d start using the bus as of Monday. However, I will keep working to incentivise more people to use the bus, to improve the frequencies of certain routes, and to increase the number of bus lanes and buses.”

And while surely no one used to travelling in Malta will be surprised to find out Ian Borg won’t start using the bus to go to work, his brutal honesty should serve as an wake-up call for our public transport system. After all, if it’s not good enough for him, why should it be good enough for everyone else?

Do you use the bus regularly? What do you make of the minister’s comments?