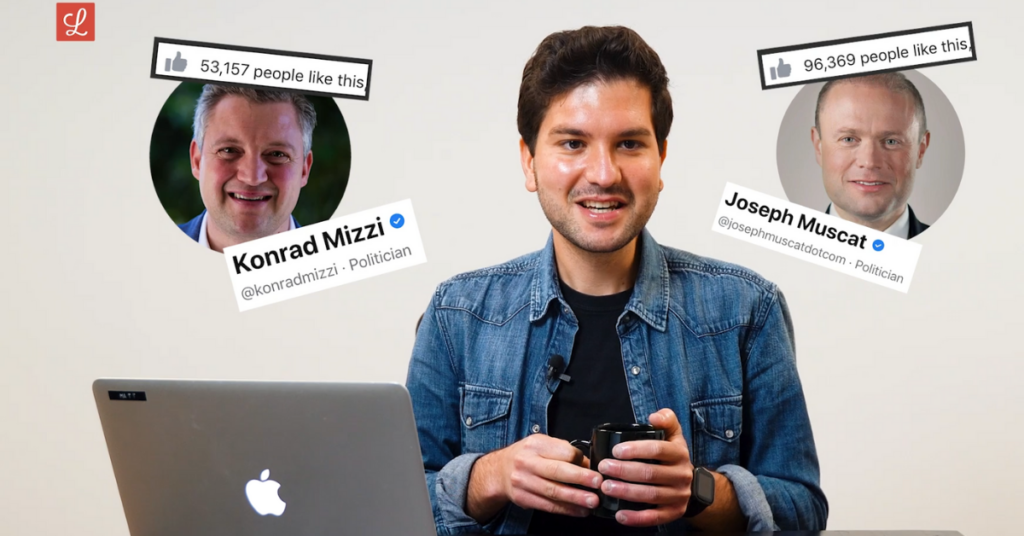 For years now, Lovin Malta has been trying to find out exactly how much taxpayer money Malta’s ministers misused on their own Facebook pages.

In the latest rejection to our countless Freedom of Information requests we’ve been told that this information would be too costly and take up too many resources to find out.

So we’ve put together a video tutorial to explain to the government of Malta that it’s actually just a five minute job, and a full account of Facebook spending can be done by simply downloading the data.

That’s it. Just five simple steps, which really begs the question: why are the Freedom of Information requests filed by Lovin Malta still being rejected?

This video will also be sent to the FOI officers as a formal reply to our latest rejection.

And here’s some background in case you haven’t been following.

Last February, the Information and Data Commissioner claimed former Prime Minister Joseph Muscat never had an official Facebook page and that no public funds were ever committed to maintaining any Facebook pages of Prime Ministers since 2013.

The two claims are demonstrably untrue. Muscat’s official Facebook page is well known to the public.

And according to information supplied in response to a parliamentary question in 2017, the Office of the Prime Minister spent €553,393 on social media between March 2013 and September 2017.

So besides appealing the Information and Data Commissioner’s ruling in court, Lovin Malta sent a fresh Freedom of Information request to the Office of the Prime Minister.

This time, we asked for a breakdown of how the €553,393 was spent, including documentary evidence showing which social media ad account and pages the expenditure was made from.

Sure enough the request was rejected, and the government found a new way of ensuring secrecy.

“The request cannot be met in view of Section 14 (f)(iii) of the Freedom of Information Act since the resources required to locate and collate the requested information would substantially divert the resources of the public authority from its other operations.”

In other words, downloading the Facebook ad account history – which actually just takes a few minutes – would take too long and cost too much money for it to be justified in terms of Freedom of Information.

But it gets worse.

The FOI rejection also came with this totally contradictory line: “As regards the second part of the FOI request, please note that OPM and the Prime Minister never had a Facebook page financed through public funds.”

So even though the OPM claims it never had access to a Facebook page and therefore never spent money on one, it would somehow take too long to provide records of how it spent money on social media.

The OPM provided no explanation of how it managed to spend €553,393 on social media ads without having a Facebook ad account.

Facebook misspending by ministers was “widespread”, according to an investigation by the Standards Commissioner.

There is also a pending magisterial inquiry into whether ministers who misused public money on their personal profiles broke the law on misappropriation of public funds.

Until 2017, the government was spending at least €23,331 per month on social media despite most of the ministries not having their own Facebook pages.

Lovin Malta will continue investigating this case until we get a clear picture of how much taxpayer money was illicitly spent and by whom.

Not only is this a misuse of taxpayer money but it also acts as a way for the government to drown out any other perspectives on a slew of topics in Malta.

To follow this campaign and our other legal efforts to fight propaganda, visit www.kaxxaturi.com.

Share this with your friends and help spread the word

READ NEXT: Lynn Faure Chircop Left Confused After Prime Minister Announces She Has Been Invited To His Home