A van has been filmed bursting into flames on Triq Ħaż-Żabbar in Fgura at 2:34 pm. Footage received by Lovin Malta shows a yellow van on fire on the side of the road in Fgura.

The flames appear to be coming from within the van where boxes can be seen on fire. The cause of the fire is currently not known and this is still a developing story.

Police confirmed to Lovin Malta that the incident happened at 2.34 pm in Fgura. No one seems to have been injured in the incident and the video shows two men, who may have been in the vehicle, standing on the pavement beside the van. 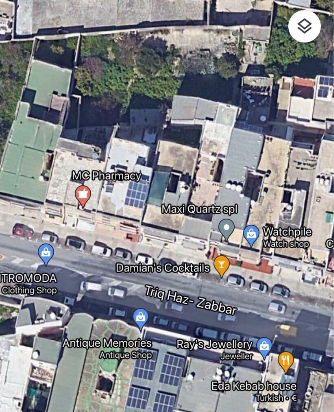 The location of the fire

READ NEXT: NGOs Have Every Right To Challenge FKNK’s Miżieb And Aħrax Concession, Court Rules