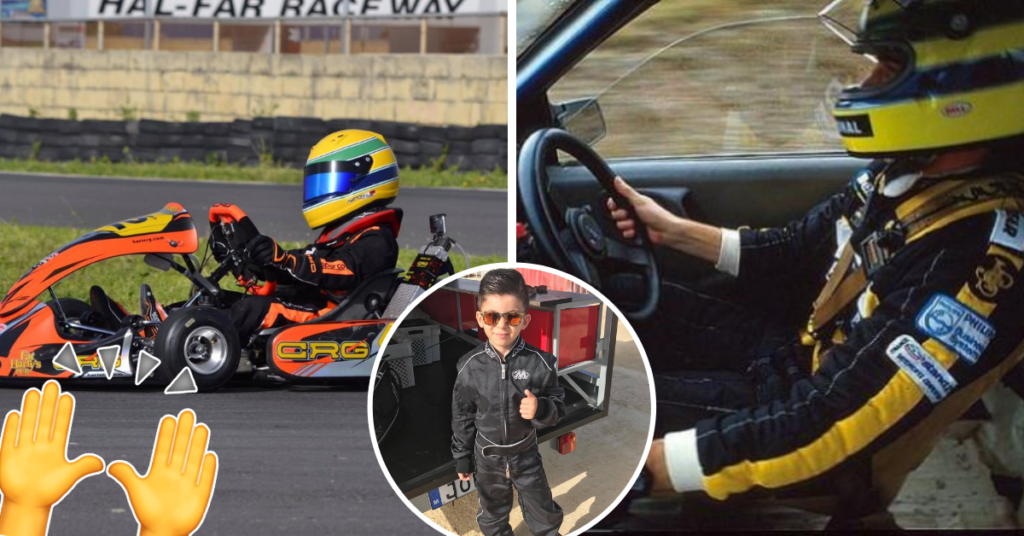 Motorsports is considered to be a hugely popular sport in Malta, with many people enjoying one of the many types of motorsports available on the island; go-karting. Yet, one aspiring Maltese Formula 1 driver has taken his passion for go-karts a step further – his name is Ayrton Jon Tonna.

The six-year-old boy has been known for some time to the public, having been filmed speeding across the Ħal Far go-kart track. As of the writing of this article, Ayrton Jon has been driving go-karts and practising racing for three years. And just like his namesake, famous F1 driver Ayrton Senna da Silva, young Aryton could be on his way to motorsport greatness.

‘Popolin’ recently highlighted Ayrton Jon’s skill in driving and manoeuvring go-karts, declaring that despite his young age he is already likely one of the best go-kart drivers in Malta.

“I really like the sound of cars, what’s where it really started” Ayrton Jon’s father, also a car enthusiast, explained. Ayrton Jon’s father went on to state that his son immediately showed knowledge and capable use of using the gas, break and steering in the go-karts.

Yet, whilst opportunities in the motorsport sector in Malta are currently limited, it does not stop Ayrton Jon’s passion towards becoming a Formula 1 driver. One may even call it destiny given that his namesake, is easily considered a motorsport legend whose name has been given to many boys across Malta and the world over.

To further the homage towards the late Formula 1 driver, Ayrton Jon’s own helmet has the exact designs and colour that his namesake wore as well.

As the world sees legends in the making such as Cristiano Ronaldo and Michael Phelps, perhaps we shall one day see Malta’s very own Ayrton Jon Tonna as an up-and-coming motorsports legend.

Wherever his dreams may take him, we definitely hope that Ayrton Jon’s passion for motorsports keeps the road of possibilities wide open for him.

The full highlight video can be seen here.