It’s almost an unspoken yet accepted fact: going out and hitting the clubs comes with the risk of being groped, drugged or rubbing shoulders with less than pleasant people. Of the nearly 1,000 people who recounted their stories of sexual assault to Lovin Malta, at least 10% said they were harassed on a night out.

“A guy stuck his fingers inside me when I was in a club dancing in Paceville, wearing a short dress in the summer. I have never felt so disgusted with myself,” a Swedish woman in her 30s wrote.

It’s an all too familiar scene: the lights are low, music is loud, the club is packed with sweaty bodies under the influence. It might seem like the lines of what is acceptable are blurred, all for fun, but groping, staring, even grabbing and grinding on people without consent, even if they’re drunk or drugged, is still sexual assault.

This is the fourth part of a multi-article series shedding light on victims’ stories of sexual harassment and abuse in the country – from rape to abuse on transport, stalking, threats and digital abuse. Here are the stories of harassment in Malta’s clubs.

Dozens of respondents described being assaulted in clubs and on the streets of Paceville, Malta’s Mecca for nightlife. A lot were notably young.

“A stranger put their hands up my skirt as soon as I walked into a club in Paceville. I was 16,” a Maltese woman, now in her 30s recalled. “I was grabbed by the pussy in a club by a random older man when I was 17,” another woman, now in her late 20s said.

Victims often said their aggressors were much older or stronger, leaving them feeling unable to defend themselves in the face of harassment.

Another respondent, aged 27, had to promise to text her abuser the next day, just to escape his grips.

“A guy walked me home after a night of dancing at a club. He started kissing me violently and biting me, and at one point pinned me to the wall with his hands on my throat.” “I couldn’t fight him off because he was too strong and me telling him to stop seemed to turn him on.”

When a bystander asked if she was ok, she assured him she was, because she didn’t know whether she could trust anyone at that point.

“In the end, I went with it until he let me go after I promised I’d text him the next day. I ran home, blocked him off all social media, and had the longest shower of my life,” she said.

Like the overwhelming majority of survivors, she opted not to report the incident to authorities, feeling it would be useless to do so. Instead, she sought help through therapy.

Many respondents said they felt the crowded and dark nature of clubs allowed abusers to get away with groping. An 18-year-old Maltese woman said she was once groped by multiple men, but the club was too packed to react.

“One incident was during St. Patrick’s day in Paceville. I was touched without my consent multiple times by different men while dancing in a club. It happened so often in one night, we went home because I felt so uneasy.”

“I was walking through a crowded nightclub when a man undid the zip at the back of my dress from top to bottom, leaving my backside completely exposed, underwear and all,” another 25-year-old woman recalled.

When she turned around, her aggressor was laughing with his friends and making suggestive gestures.

She still feels the searing humiliation to this day, a feeling shared by other victims of club harassment.

“It was dark and crowded. A guy just grabbed me, threw me against the wall and fingered me in front of the whole club. You can’t even imagine the embarrassment, said another woman, at just 18, said. 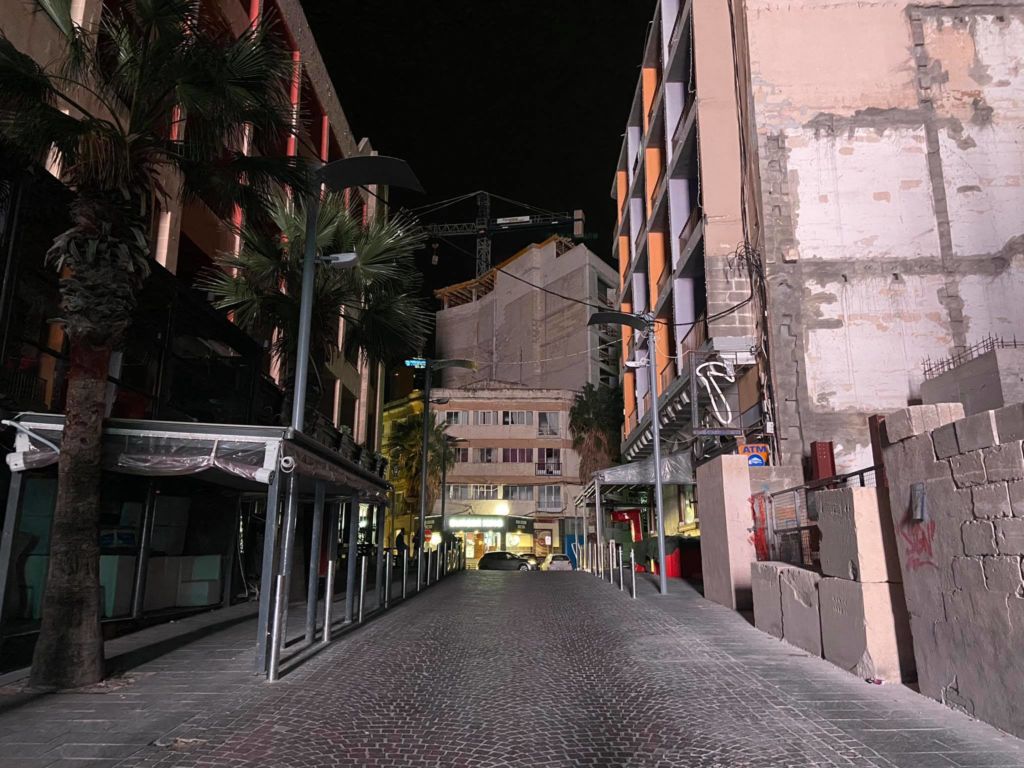 She tried to stop him, but her strength didn’t match his. When he was done, he tried to drag her outside, but luckily, another man pushed him off.

Some suffered retaliation for reacting to unwanted sexual advances.

“I was out on a girls night. A man touched all our asses, but it was too dark so we couldn’t see who it was. I shouted at one of the men behind us and one punched me in the face,” a 30-year-old woman from Portugal said.

Her boyfriend came to pick her up after the incident and the pair reported to the police. However, the abuser managed to get away.

“The club said their CCTV camera wasn’t working that evening. Police said the man had escaped and could not do much for me.”

While the majority of incidents are reported by women, assault doesn’t care about gender. Dozens of men said they felt traumatised by abuse in clubs.

“A stripper in Paceville randomly grabbed me and kissed me whilst walking down St. Rita steps,” a 32-year-old man said.

“I was in a super crowded club and could barely move around. My ass was grabbed and cupped by another man, and someone else touched my dick without my consent. I could not turn around and protest,” a different 35-year-old man said.

One Maltese man, in his early 20s, had his clothes torn by a woman at a party.

“A chick forced herself on me and ripped off my clothes.”

Another was forced to kiss his partner.

“At one point in the night, a woman pushed my head into my partner’s, forcing us to kiss, treating us like an object of amusement for her sake,” a 26-year-old said. A common question for victims of assault is why they decided not to remain idle in the face of unwanted advances. In some cases, the harassment begins when their aggressors are rejected.

“A guy pulled my hair after I ignored him when he passed sexual comments. He then grabbed my pussy at the bar. I was 14,” a woman, now 18, said.

“I was dragged by the wrist out of Rabat nightclub by a Swedish man. I managed to free myself. He waited for me in the doorway of the nightclub. Once I exited the nightclub he put his arm around me and pushed me into a taxi cab with him,” a Maltese woman in her 40s said.

She went to years of therapy to deal with the incident.

“I was in a club in Paceville and was really drunk. I had kissed a boy then went to find my friends and he dragged me outside. I thought he was helping me look for my friends but before I knew it – he dragged me away from the strip to the back streets towards his hotel and continued,” another 18-year-old said.

“I said no a million times. He physically forced into his apartment in Paceville and then forced to have sex with him as his friends waited outside,” a respondent in her 20s said. In a scene were stimulants are recurrent, clubs are a hotbed for date-rape drugs.

“I’ve had my drink drugged once. Multiple people took turns to grope me. I couldn’t control anything that was happening, but I have hazy memories that still traumatise me today,” a 25-year-old woman said.

Another 30-year-old club-goer said she was almost raped after someone slipped a pill on her tongue.

It doesn’t just happen to party-goers, with people working in the clubbing industry divulging their stories of assault.

“As an adult, I worked in Paceville as a bartender. I was regularly cornered, asked for sexual favours, grabbed or groped inappropriately both by customers and people on my way to my car,” a Maltese woman in her 30s said.

“I had my ass grabbed too many times while on duty as a photographer in a nightclub,” another 25-year old said. In party culture, club-goers leave daily etiquette at the door in the name of having fun and hooking up. Under the influence of alcohol and drugs, mixed with the mysterious dark and often packed setting of clubs, sexual advances without consequence becomes the norm.

Despite how normalised it is, no one should face assault, no matter what they were wearing, drinking or doing at the time.

In Malta’s machismo culture, we must work to dismantle the knee-jerk response to a victim talking about harassment on night out. “What were you wearing?” “Why did you drink that much?” “Why did you go there?” are simply unacceptable questions to ask survivors.

Malta must empower victims to speak to authorities and professionals up when faced with sexual abuse. Our courts might remove any time-bars that might deter victims from speaking up.

Above and beyond justice through police and judges, Malta’s clubs need to step up.

More training needs to be given to club staff to empower victims to seek their help when another patron makes them feel unsafe when they’re assaulted and seek justice in the aftermath.

Together, we can begin to make everyone safer at clubs, because everyone deserves a fun night out without the fear of getting assault and blamed for it.

READ NEXT: MALTESE HERSTORY: Are You Washing Your Hands To Fight COVID-19? Thank Florence Nightingale For That