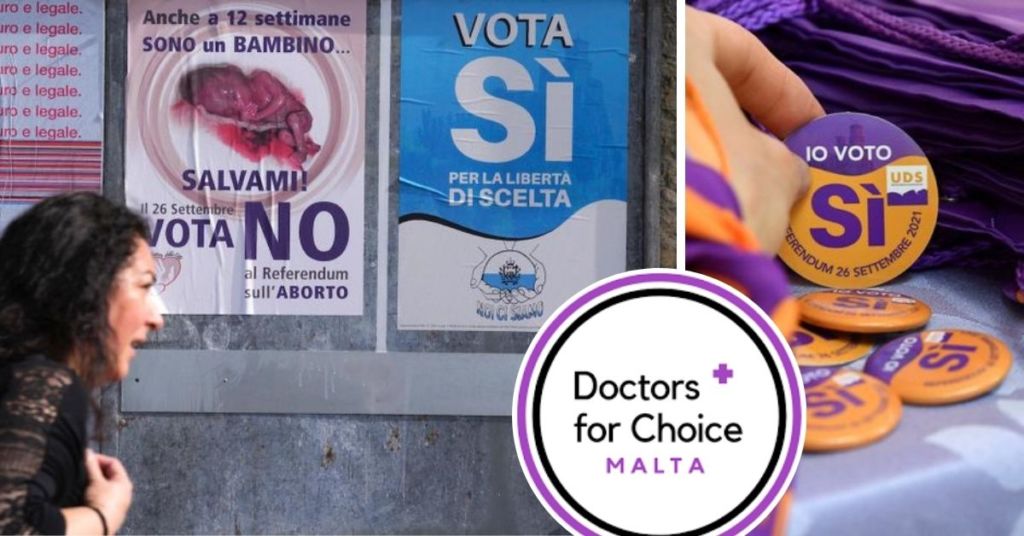 The local NGO Doctors For Choice Malta has reacted positively to San Marino’s strong vote in favour of legalising abortion in the recent historic referendum.

The small republic of San Marino has just voted overwhelmingly in favour of the legalisation, with over 77% of voters backing the proposal.

“We welcome the vote in San Marino in favour of safe, legal abortion,” Christopher Barbara from Doctors For Choice told Lovin Malta.

San Marino voted in favour of allowing abortion up to 12 weeks of pregnancy and afterwards only in the case of the mother’s life being in danger or of grave malformation of the foetus.

Malta, together with Vatican City and Andorra, are the only European countries in which abortion under any circumstance is a criminal offence. Malta is the only EU member state which criminalises abortion.

“Following this vote, Malta has become even more isolated in denying women their bodily autonomy and prohibiting abortion in all circumstances. Ireland, Gibraltar, and now San Marino have all liberalised their abortion laws in recent years, but our government has recently turned down an opportunity to decriminalise abortion in Malta,” said Barbara.

Barbara also pointed out that “it is important to note that San Marino bears important similarities to Malta, with both being small Catholic-majority states”.

While the discussion on the matter has remained at a standstill in Malta, Doctors For Choice are still hopeful that one-day things might come around.

“We know change will happen in Malta eventually; we just hope it will not take too long and that no woman has to die of pregnancy complications before this happens,” he said.

The organisation concluded by offering its support to women that might need an abortion in Malta, saying that “in the meantime, women in Malta who need to access abortion can contact either our Family Planning Advisory Service or Abortion Support Network”.

To this day, abortion in Malta is illegal in all cases. Malta has one of the strictest anti-abortion laws in the world and is the only country in the European Union to prohibit abortion entirely, even when the woman’s health and safety is under threat.