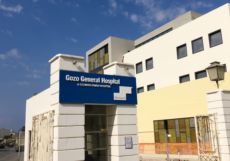 Despite the promise of hope that comes with the New Year, widower Carmel Pace has yet to receive justice for the death of his wife Miriam Pace in a tragic house collapse ten months ago.

On the ten month anniversary of her passing, Pace penned an emotional status to his wife, noting how a report into the incident has yet to be published.

“Why doesn’t anyone know what the report that was supposed to be completed by the four government-appointed experts contains?”

“Why don’t the authorities want to conduct a public inquiry to see if there have been any shortcomings in construction-related institutions to prevent a person’s death?” he said.

Despite multiple calls for a report to be published into the incident, as well as a public inquiry into the matter, Pace’s requests have fallen upon deaf ears.

And the longer it takes, the less hopeful he feels that justice will ever be served.

“Apparently the fire that ignited Malta is just burning because it seems like many want this heartbreaking event to be forgotten and swept under the rug,” he continued.

The death of the 54-year-old mother-of-two sparked national outcry over lax construction regulations and the negligent actions of those involved who are partially responsible for Pace’s house collapsing on her while she was inside. Her body was found after an eight-hour search.

Six people were arrested over the collapse, but no one has been charged with a crime yet.

“Ten months ago I issued a statement to the authorities, ‘I hope that at least something would come out of Miriam’s death so that a house can truly be considered a refuge for every citizen’,” he said.

“That day everyone showed that they agreed with me. But what about now?”

Unfortunately, this isn’t an isolated case in Malta. Other families too have lost their home as a result of irresponsible construction and planning.