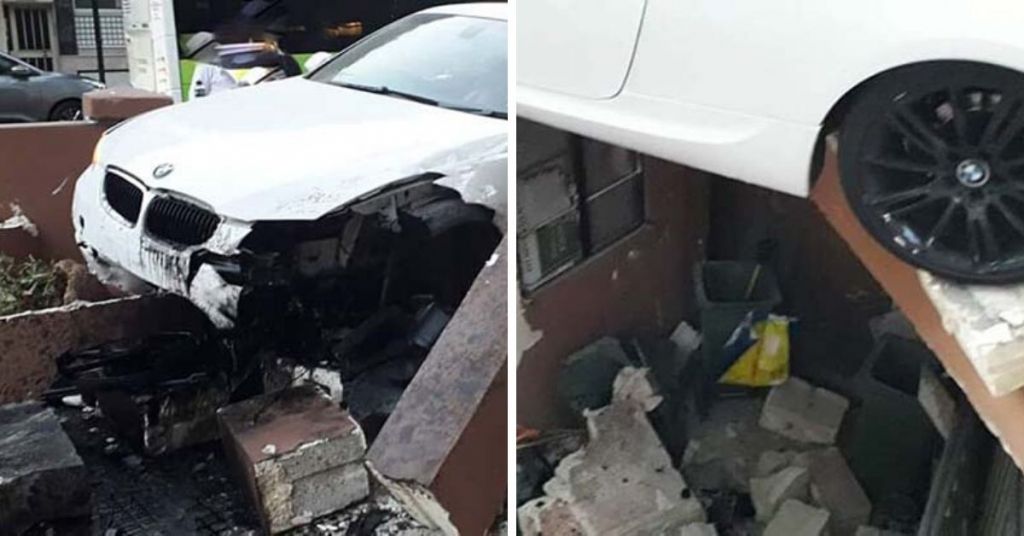 The driver of a white BMW lost control of his car for an unknown reason while driving through Vjal it-21 ta’ Settembru in Naxxar yesterday, crashing through a small fence around Ġnien Toni Vella before coming to a halt right above the public bathrooms near the garden.

The crash destroyed part of the ceiling, leaving the bathroom area underneath exposed, and the BMW perched dangerously on the ledge. 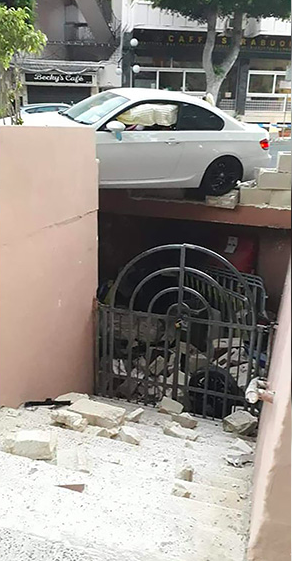 The driver and passenger escaped the crash uninjured.

However, police confirmed that government property was damaged in the crash, with various parts of the garden, fence and bathroom being destroyed as the BMW drove through it.