Testifying at a public inquiry looking into the murder, Caruana Galizia included Psaila in a list of people who were privy to Fenech’s impending arrests but who have yet to be questioned by police. The other people on that list are Fenech’s uncle Ray Fenech, his brother Franco Fenech, the Prime Minister’s former security officer Kenneth Camilleri, former Times of Malta journalist Ivan Camilleri and Bestplay director Johann Cremona.

“The Board must examine what information they received, when and why they received it, and what they did with it,” Caruana Galizia said.

However, Psaila categorically denied that this was the case, insisting that he wasn’t informed in any way about the murder investigation and that he only found out that Fenech was a suspect when his arrest was reported in the media. 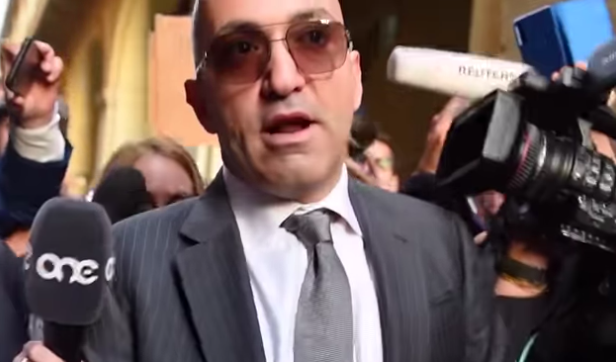 During this year’s European Parliament campaign, Psaila had faced questions about his connections with the Tumas Group after the business giant was included as as sponsor on his NET TV discussion programme Iswed fuq l-Abjad. However, he said that his show’s advertising schedule expired before Fenech’s ownership of 17 Black was revealed and that he had merely forgotten to update the sponsor reel.

In his testimony today, Paul Caruana Galizia called for a widespread investigation into Keith Schembri, who has been implicated by Fenech in his mother’s murder.

He said police should clone Schembri’s phone, which he allegedly lost, and SIM card and recover all his mobile data, just as they had done with his mother’s phone, which was destroyed in the car bomb.

“My mother’s phone was, like her, destroyed in the car bombing. Forensic experts assigned to the case were able to clone her phone and SIM card, and from there recover all her phone data,” he said. “If the authorities can and did do this to a victim, whose phone data contains highly sensitive information, then they can and should do it a man suspected of her murder.”

Caruana Galizia also called for an investigation into how Schembri had briefed journalists that fuel smugglers were behind his mother’s assassination, something that was recently revealed by MaltaToday’s managing editor Saviour Balzan.

“My mother, plainly, didn’t investigate fuel smugglers. This was a piece of disinformation that led journalists and so the public away from links between her assassination and the government,” he said. “Schembri did this, we can now see, all the while having access to the police investigation and, so knowing that Yorgen Fenech, his close friend, was a prime suspect.”

“Kurt Farrugia, while head of government communications, was also misleading journalists into writing the same right from the start of the investigation until he took another government job shortly before Fenech’s arrest.”

READ NEXT: L-Istrina Telethon Raises More Than €6 Million For Charity But Falls Short Of Breaking Record