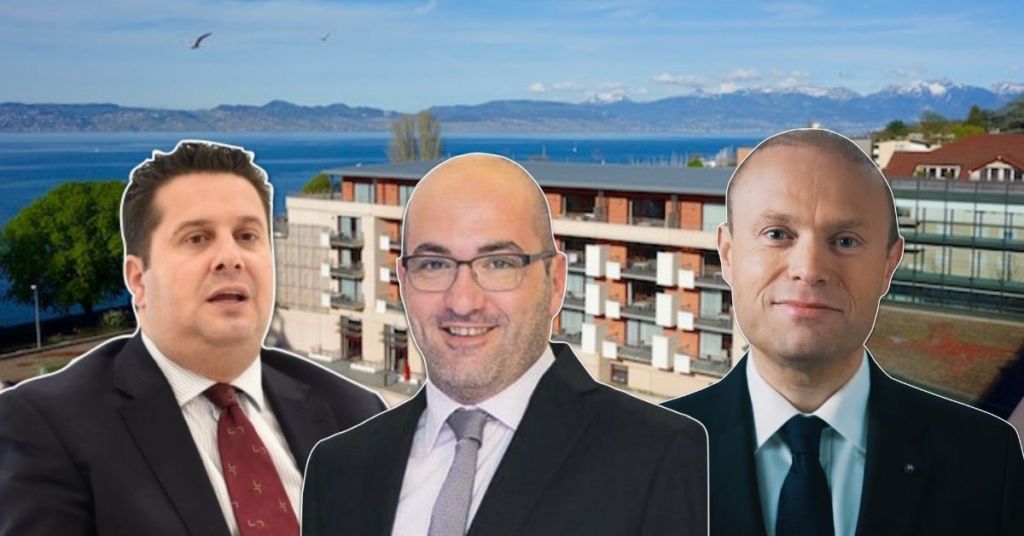 Former Prime Minister Joseph Muscat and Justice Minister Edward Zammit Lewis went on a private holiday to Yorgen Fenech’s Hilton Hotel in France, which sources have said was part-funded by the main suspect of the Daphne Caruana Galizia assassination.

Muscat and Zammit Lewis have confirmed with Lovin Malta that they went on holiday to Évian-Les-Bains in northern France with their respective families. Zammit Lewis and Muscat stayed at the Hilton Hotel, which is owned by Fenech’s Tumas Group, within the high-market holiday town nestled on the shores of Lake Geneva.

When questioned by Lovin Malta in the past, Muscat and Zammit Lewis vociferously denied ever holidaying with Fenech or going on any trip sponsored or funded by him. New information seems to contradict their original statements.

Sources have suggested that Muscat and Zammit Lewis did not pay for the stay at the hotel themselves. The trip allegedly took place in Easter 2017. Zammit Lewis insisted that the trip was in 2014. Muscat could not remember when this trip took place.

The date is important. Easter 2017 is around the time Fenech allegedly kicked off the plot to assassinate journalist Daphne Caruana Galizia. Fenech was not revealed to be the owner of 17 Black just yet. However, his links to potential corruption were known.

Lovin Malta has specifically asked both men who paid for the trip but has not received a clear reply on the issue or receipts proving payment.

Zammit Lewis and Muscat took commercial flights to and from Evian, which were paid out by both men. However, during the trip, Muscat was called in for a European Summit in Brussels.

Zammit Lewis tagged along. The pair allegedly boarded a private jet belonging to Fenech for their journey to and from Brussels. The expenses, sources have said, were covered by the European Union.

Muscat insisted that the jet used was actually VistaJet, but did confirm the costs were covered by the EU.

“The same would have happened had I been in Malta,” he said.

“Unlike others, whose cases have been revealed in the past days, I did not phone anyone from the Fenech family to ask for any favours nor did I ask for suggestions about which hotel to stay in and never gave any gifts to the Fenech family in compensation for any freebies,” Zammit Lewis said.

The government and Labour Party has recently been overdrive covering the reveal of Jason Azzopardi’s stay at Tumas Group Hotel. It appears unlikely they will follow the same tac with a senior Cabinet member.

The WhatsApp group existed between January and October 2019. Before that date, it was a private chat between Fenech and Muscat before Schembri was added.

Most of the messages seem to be innocuous, focusing on a picture of whiskies, wines, food, and women. There is a reference to the use of a secret room. Some have suggested it could be within Portomaso, others within Fenech’s Haz-Zebbug farmhouse.

Their exchanges could soon be revealed. Chief Homicide Inspector Keith Arnaud has revealed that Fenech’s phone, which has been in Europol’s possession ever since his arrest, will be presented in court in the coming days.

What do you think of the trip? Comment below

READ NEXT: Rosianne Cutajar Comes Out In Support Of Verbally-Abused Assistant Head