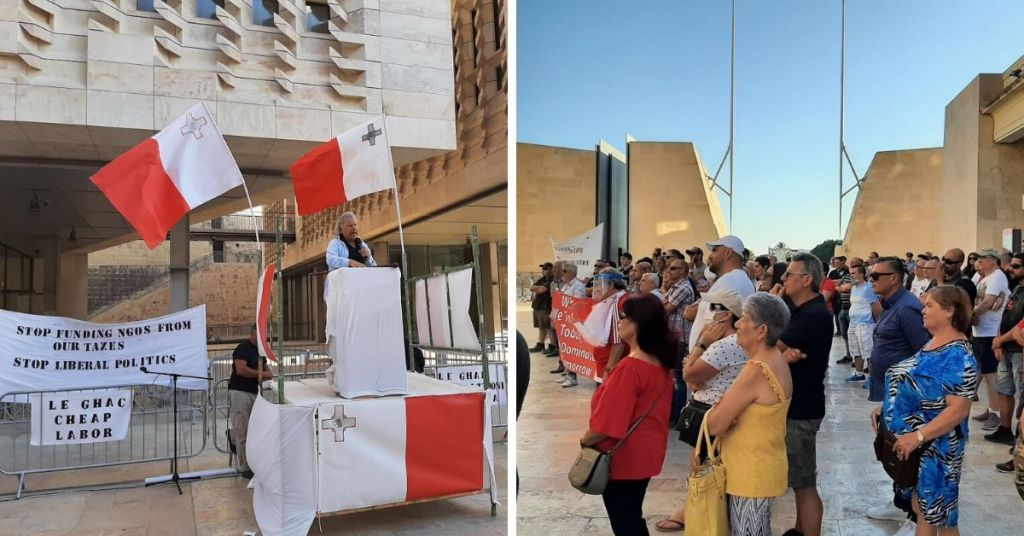 A protest against illegal immigration was held outside Parliament today.

Maltese far-right conspiracy theorist Norman Lowell addressed the crowds of around a hundred, warning that multiculturalism has brought disaster across the world. Lowell said that non-governmental organisations, particularly those that help migrants reach safe countries and not the government, are “traitors” that are controlling the country.

In a racist tirade, Lowell he claimed George Floyd, who become the face of the Black Lives Matter protest after being murdered by police in the US, was a criminal of the worst kind who died of an overdose and that the police were in fact the victims.

Earlier this month, a similar protest took place calling for the end of illegal immigration called All Lives Matter, a counteraction to the anti-racist Black Lives Matter demonstration that took place the same day.

What do you think of the protest?

READ NEXT: WATCH: Konrad Mizzi Voted Out Of Labour Party