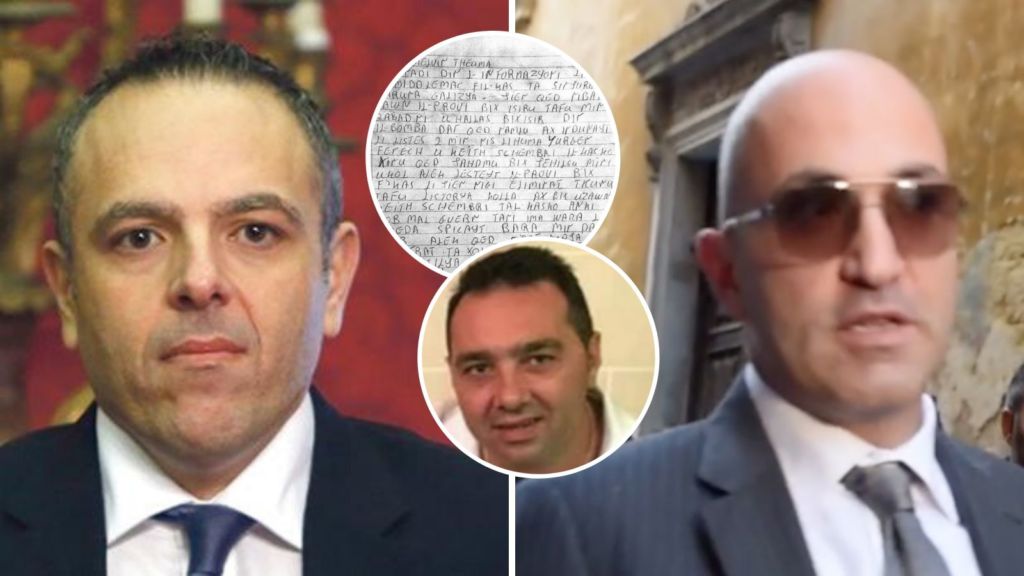 A handwritten letter by Melvin Theuma naming Keith Schembri and Yorgen Fenech as the people who planned the assassination of journalist Daphne Caruana Galizia has been released.

“This is Melvin Theuma. I am passing on the information that I was the middleman in the case of Mrs Caruan Galizia. I am sending this evidence so you’d know who employed me and paid for the bomb,” the letter begins.

In the bombshell letter, which was obtained by the Times of Malta and found during police searches in Fenech’s Portomaso properties, Theuma, who is suspected of being the middleman in the planned murder, names the two men before saying he believed they were trying to “eliminate” him. 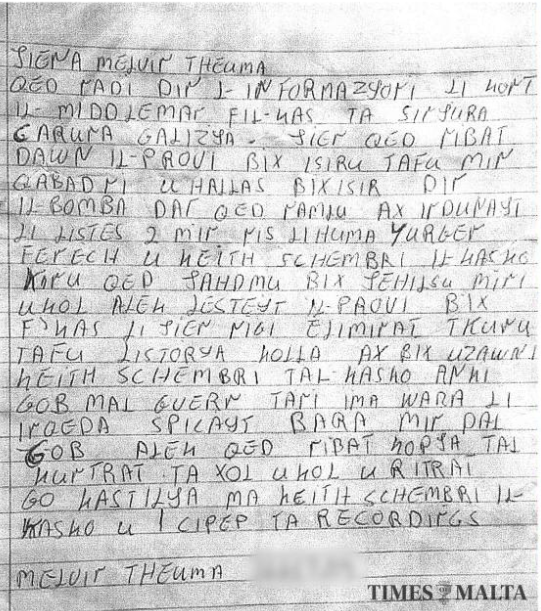 “I’m doing this because I realised that the same two people, Yorgen Fenech and Keith Schembri, are working to get rid of me as well,” Theuma went on.

He also says he has included evidence with the letter – including a now-released photo of himself with Schembri inside Castille.

“That is why I am preparing this evidence so that in the case that I am eliminated, you’ll know the full story.”

It is being reported that Theuma has since admitted to writing the letter to the police. The Times of Malta reported a source who told them that Theuma had named Schembri in an attempt to “scare” Fenech. However, Theuma said he personally didn’t have first-hand knowledge that Schembri was involved, but he “thought it was the case”.

Theuma says he was even given a government job following the successful car bomb.

The letter is signed by Theuma, and ends with a promise of recordings as well as a copy of the “work contract”.

“I am sending this copy of the work contract as well as a photo inside Castille with Keith Schembri and the recording chips,” Theuma ends.

What do you think of this letter?

READ NEXT: WATCH: Joseph Muscat Gives Emotional Parliament Farewell Speech: 'Today Is The First Day Of The Rest Of My Life'