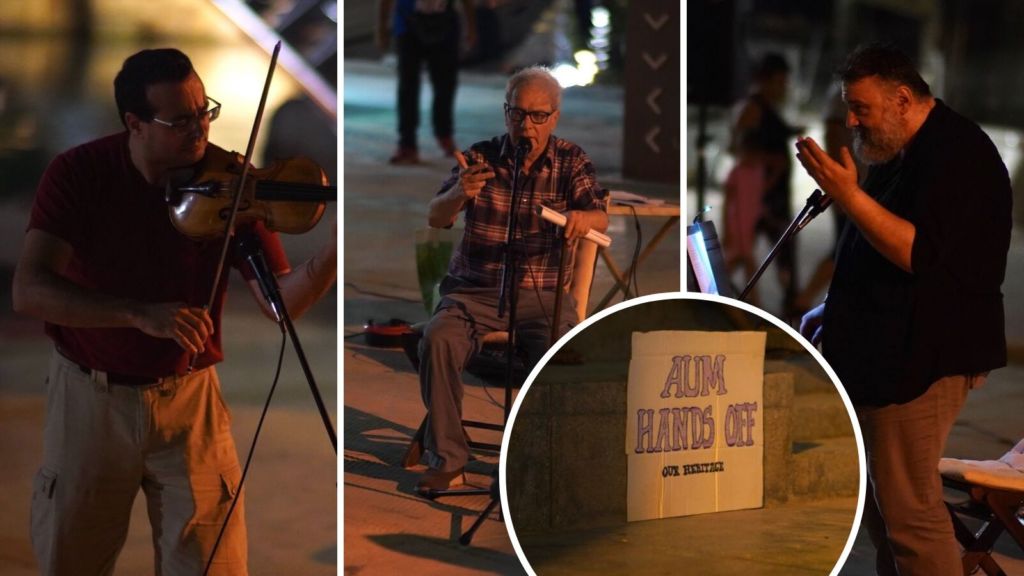 Residents of Cottonera have come together to show that protests don’t just have to be the standard walk-and-chant, after citizens, poets, writers, artists, and musicians from the area showed what community spaces could be…if they were actually given to the community.

The demonstration was centred around the American University of Malta’s plans to construct a dormitory in a large open space, something which has been opposed by the Bormla Local Council and PL MP Glenn Bedingfield.

The action isn’t only an artistic affair, with a coalition of 10 organisations set to launch today to oppose the development. Yesterday’s event was kicked off by writer and poet George Peresso. A son of Cottonera, Peresso regaled residents with stories of the area, praising the radical change the city has undergone but also heading warnings of preserving its identity.

Reggie Clews, a celebrated violinist and grandson of iconic comic Charles Clews, played a rendition of a classic Charles Camilleri composition dedicated to the area.

The mood was noticeably different than a standard protest, where residents just sat, talked, and enjoyed the space, something which is absent on the over-developed island. READ NEXT: ‘Give Us Back Our Land’: Labour MP Doubts AUM Can Deliver Promise Of 4,000 Students