A Maltese farming family based in Dwejra have been left in limbo after a country road connecting their home to their farm was partly covered in cement… and then left incomplete.

The road, found at the peak of Dwejra just metres away from the Victoria Lines, was an uneven, country dirt road. Farmers, as well as ramblers, would use the road, which leads into the countryside where families would often picnic and walk. However, about three weeks ago, Infrastructure Malta placed a cement layer on a section of the road, leading to several difficulties for the farmers.

One of the main issues is that they can no longer access their own farm since the new road suddenly ends with a severe drop. Not only that, but their home has now become surrounded with construction, with a large drop appearing between the new cement road and the surrounding environment, making it difficult for the family to move their vehicles and tools. “Why did they stop building it? What’s the point of starting it and not completing it,” one of the family members told Lovin Malta. “They didn’t complete it at all – the fact that they’ve not completed it means we can’t use it, we have our farm down the road and we can’t go to it now.”

A middle section of the road was left incomplete and “natural”. The incomplete section is right outside the home of a Maltese judge, and the newly-created drop from the cement road to the old road is so large cars can no longer make it between sections.

Indeed, when Lovin Malta visited the site, a large car that was stuck in that exact gap had to call a tow-truck for it to make it back onto the road. “Everyone is complaining about it,” the farmer said. “Some people, like the cyclists, are saying they shouldn’t have put cement in the first place – but authorities should have decided what the plan was before they started applying cement, as now it is worse than before, we can’t even go to our own farm, we need to go all the way around and that’s much more difficult.”

After the gap ends, the cement road restarts for a stretch, heading towards the interior of the area and their farm, before ending again and turning back into a country road. 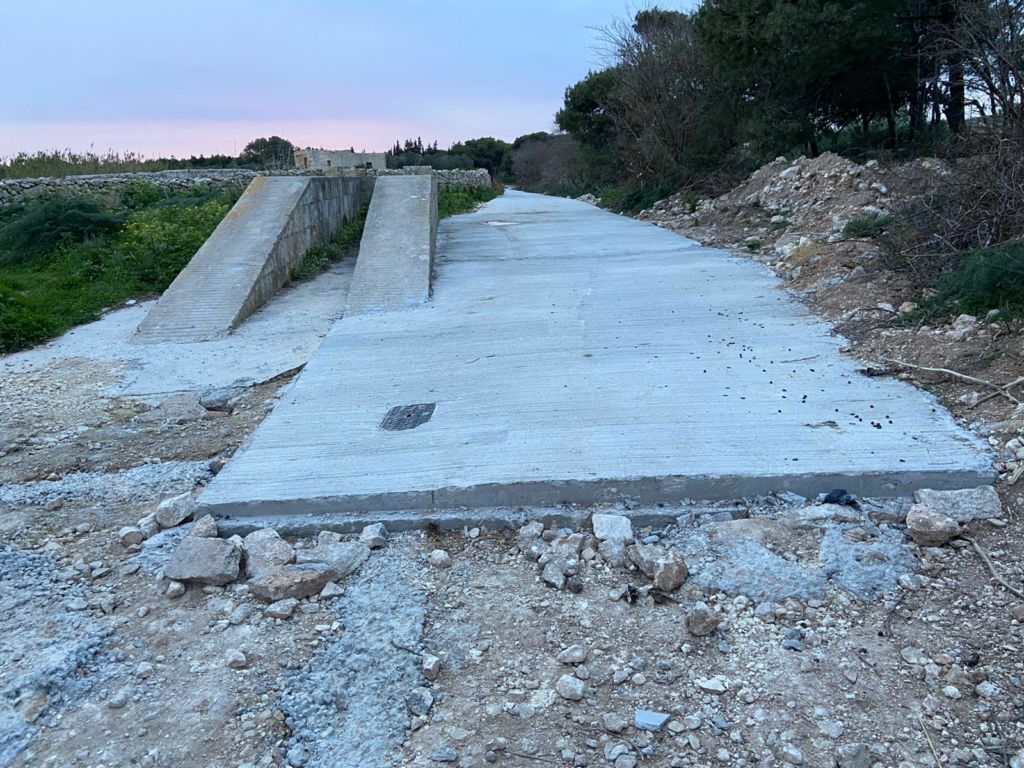 “It’s not fair the way they did it, we are just stuck waiting for them to fill that massive gap… if they started it now, they should complete it. Who starts work and doesn’t end it?”