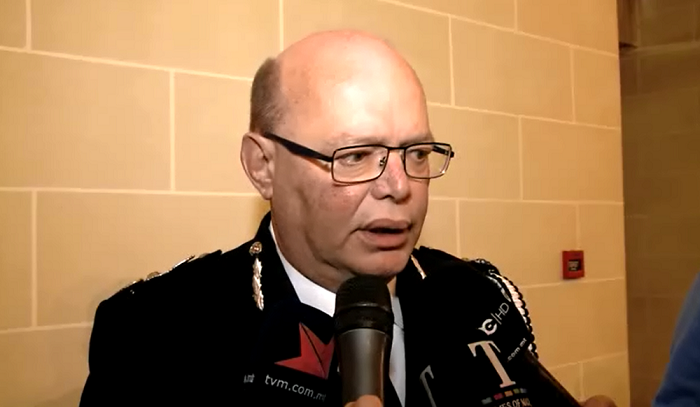 Former police commissioner Lawrence Cutajar has been appointed as a consultant on public safety and logistics to the Home Affairs Ministry, Times of Malta has reported.

Cutajar will reportedly earn €31,000 a year from his new job, with a spokesperson for the Home Affairs Ministry telling the Times that it wants to tap into the former police chief’s experience organising high-level public events.

Cutajar was appointed police commissioner in August 2016 but stepped down last week, shortly after Robert Abela’s election as Prime Minister, with Carmelo Magri succeeding him as an Acting Commissioner.

As police commissioner, Cutajar was praised for the police’s work in clamping down on drugs and making significant headway in the Daphne Caruana Galizia assassination case but his term was soured by the police’s inaction in prosecuting cases of alleged corruption and white-collar crime.

Prime Minister Abela has since announced a new process to appoint the police commissioner. As per the proposed method, the Public Service Commission will draft eligibility criteria, issue a public call, interview the candidates and shortlist the two most suitable people. The Prime Minister will then choose one of these two candidates and that person will face a questioning session at a parliamentary committee and a final vote in Parliament.

The Opposition has criticised this proposal on the grounds that the Prime Minister will still be empowered to choose a police commissioner himself, and has insisted the commissioner must only be selected with the approval of two-thirds of Parliament.

READ NEXT: Police Find No Grounds For Investigation Into Former Times Of Malta Director After Junior Minister’s Accusation