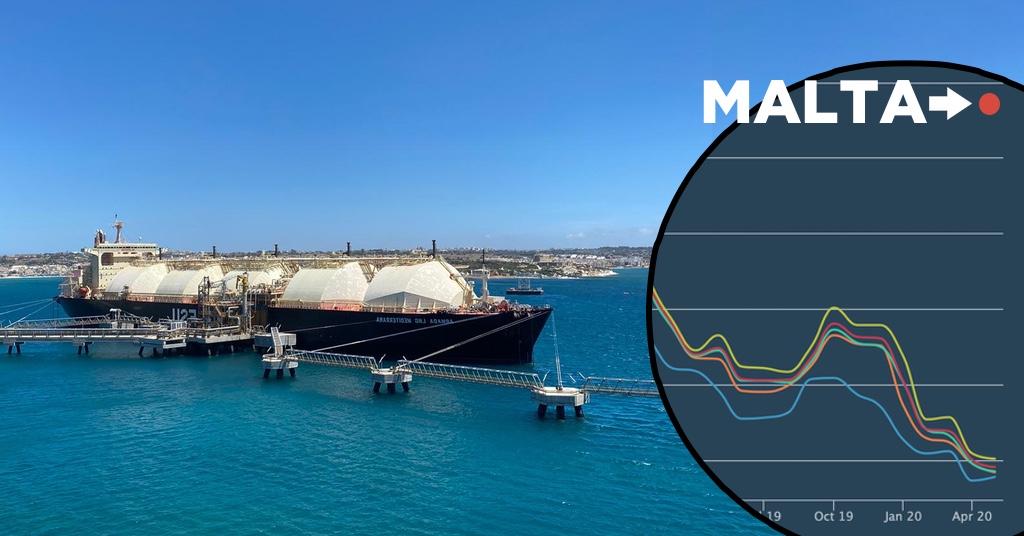 Remember when worldwide oil prices dropped to a record low due to COVID-19 disruptions? Well, with a true end to the global pandemic’s still nowhere in sight, prices for gas have also continued to plummet everywhere… except in Malta, where our price is now some seven times higher than our entire continent’s average.

That puts Malta’s price at 6.8 times the European average, or in percentage terms, a mark-up of 588%.

This rate of $11.50 – which is the price at which Electrogas buys gas from Azerbaijan’s state-owned Socar – is fixed until April 2022, as per a contoversial $1-billion deal that had been exposed and published by the Daphne Project in 2018, following the assassination of Daphne Caruana Galizia.

Energy Minister Michael Farrugia, who has reportedly been sent numerous questions and reminders on the matter, has yet to give a public statement on the matter. Monthly averages on regional LNG prices all around the world for the last 10 years, as reported by the highly-influential Bluegold Research. The superimposed red line represents Malta's fixed price of $11.50

READ NEXT: Embarrassing Report Claims Azerbaijan ‘Considers Malta One Of Its Provinces’