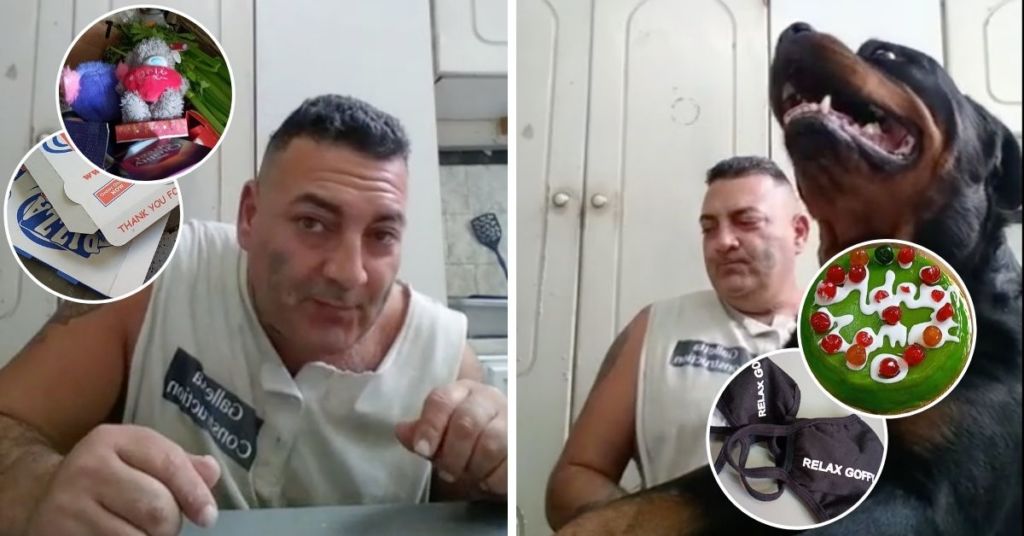 Adrian Zammit, Marsa’s most important influencer, took a shock to the system earlier this week during one of his regular livestreams.

With about 1,800 people watching live, police knocked on Zammit’s door, apparently warning him to be more careful with what he says during his streams.

Before he knew it, he had deleted his stream, and was left feeling humiliated.

“I’m OK now,” Zammit told Lovin Malta. “I was being silly on camera and the police knocked on my door. They told me to be more careful in what I’m saying.. it was a bit random, I didn’t even say anything wrong on my live.”

To add to the chaos, Fido, Zammit’s beloved pet, escaped as officers were speaking to him.

“They had to run behind him to catch him… I wish I had video of it. He’s quite fast,” Zammit said of his pet dog.

Jokes aside though, Zammit, who is oftentimes patient in the face of adversity, said the visit left him in a terrible mindset, and wondered if something could be done to better the procedure police use when visiting people.

In one of his most recent videos, Adrian Zammit talked about mental health issues in light of the police visit, as well as his struggle with drugs and alcohol.

“I have nothing against the police, I respect them and thank them for their work. But I don’t understand how a man can’t be free to do what he likes in his own home. I haven’t broken any law,” he said.

“We need to look into reports before taking action. Verifying if I was breaking the law on social media is up to to the cyber crime [police],” he said.

Worse than anything, the incident left Zammit feeling ashamed, like he had let down his viewers, and the incident took him back to a bad place. He spent the entire next day at home, getting back on his feet.

“It made me remember my bad days… if I was in a vulnerable position, I’d almost have gone for heroin again. But I’m an optimist, and I give my word that I will not be drugged or drunk again.”

“I’m ashamed of myself – I let my people down, and a lot of them cried. I want people to remember me laughing,” he said.

Indeed, fans were left heartbroken – but many were more worried about Zammit and his stare of mind after seeing him delete a live video

To cheer him up, they began sending in everything from food to toys to cakes and even some unique masks featuring one of his catchphrases, Relax Goffy.

“To everyone who showed me solidarity, thank you.”

He thanked his fans for being so supportive, saying they helped him get out of the rut he was in.

While he still doesn’t know who reported him, or over what exactly, he is already back at his livestreams and has pledged to cut down drastically on his drinking – but he won’t be going anywhere anytime soon.

Are you a fan of Adrian Zammit? Let us know in the comments below

READ NEXT: Give Caruana Galizia A Memorial Too, Book Council Chairman Says After Friggieri Set To Receive Honour