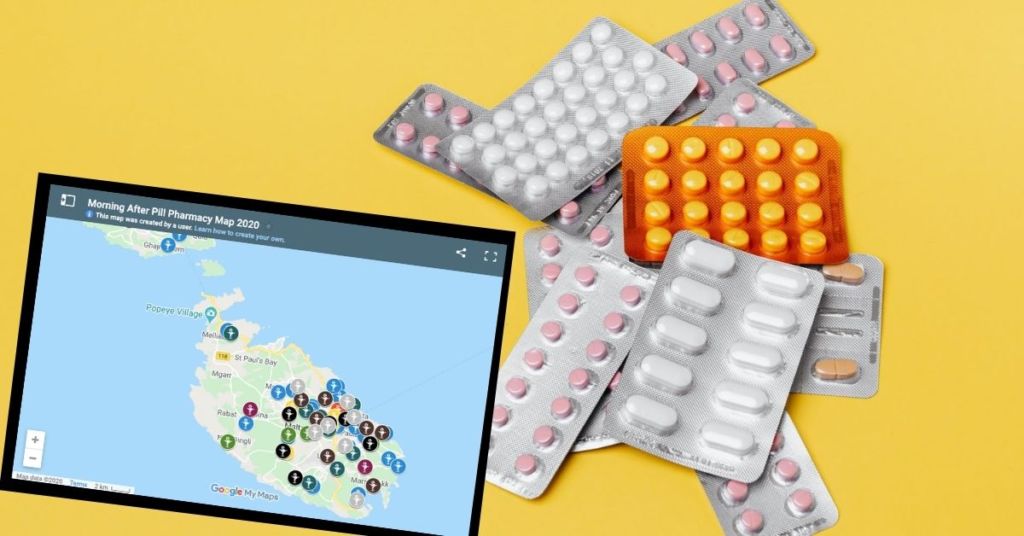 A map listing all of Malta’s pharmacies that stock the morning after pill has been launched, after a study discovered that women find it difficult to obtain it, despite it being legal.

The project called #INeedMAP is spear-headed by Volt Malta, a pan-European progressive party with a faction recently formed for the islands.

“It’s astonishing how it is still a challenge to find pharmacies that sell the MAP in Malta, and we will continue fighting for its accessibility,” the group wrote, adding that reproductive healthcare forms part of their political goals. In Malta, no prescription is needed to get it but barriers to obtaining it still exist.

A recent study of over 120 pharmacies found that no pharmacies in Gozo stock the morning after pill on Sunday, meaning women would have to travel to all the way to Malta to get it.

Meanwhile, an average of just 64% of pharmacies stocked the pill, despite it being legal since 2017.

In order to tackle this, Volt Malta’s chart has filters that show which pharmacies open on Sundays and public holidays have Plan B.

“We also hope this sheds a light on how limited accessibility still is across Malta and Gozo, and that there’s plenty of room for improvement,” Arnas Lasys from Volt Malta said.

“Furthermore, accessibility isn’t just having the option of buying it, but also affordability. Which is why among our policy proposals we aim to have all contraceptives reimbursable.”

“Not every sexual encounter is consensual, and we must also keep in mind those who are struggling to make ends meet,” he added.

So while it is already a challenge to obtain after the shame that shrouds sexual health in Malta, with just 20 pharmacies open on Sunday, it can be close to impossible to get emergency contraception.

Tag someone who could use this map!

READ NEXT: Malta Gets A Virtual School For Hundreds Of Vulnerable Primary School Students