From Joseph Muscat’s high-flying conference in Dubai to inspirational endurance athlete Neil Agius’ anti-obesity swim across the Gozo channel to a Togolese technician with big business dreams, it was certainly not a quiet week in Malta (not like it ever is, to be fair).

Here are ten of the most important stories that happened on the island over the last seven days.

1. Joseph Muscat missed a crucial sitting to attend an exclusive conference in Dubai. Disgraced former Prime Minister Joseph Muscat skipped testifying on a case on the transfer of three public hospitals to Vitals Global Health to attend “the most exclusive and influential gathering of family wealth ever held” in Dubai. 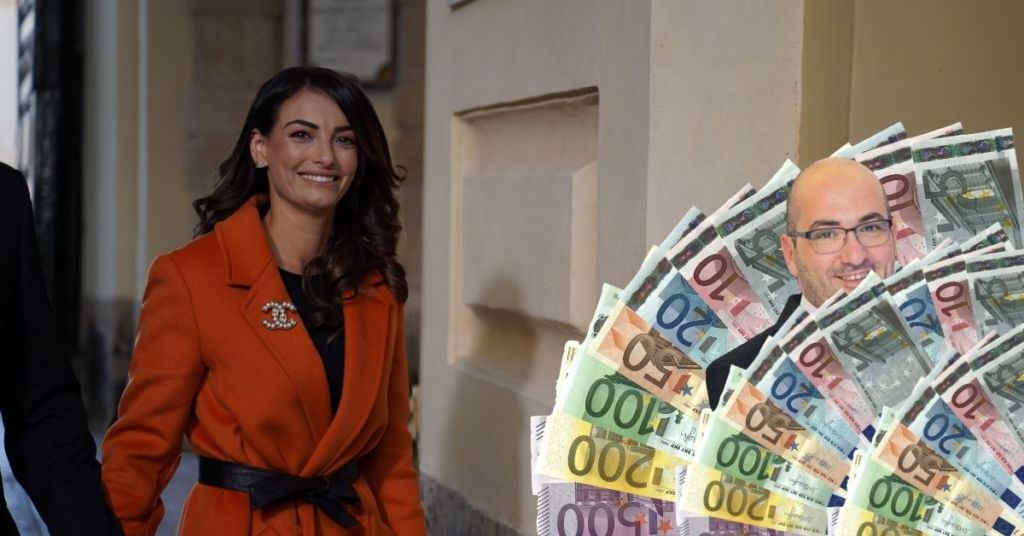 Junior Minister for Reforms Rosianne Cutajar pocketed €46,500 in undeclared cash for brokering the sale of a luxurious Mdina property for Yorgen Fenech, the main suspect in the Daphne Caruana Galizia assassination.

At the time of the deal, Cutajar was a sitting MP and the government’s representative in the Council of Europe’s parliamentary assembly to prepare amendments to a report demanding a public inquiry into Caurana Galizia’s assassination.

Opposition Leader Bernard Grech joined other prominent figures like Roberta Metsola in calling for her resignation, while Prime Minister Robert Abela is yet to break his silence on the scandal.

3. The Marsa-Ħamrun bypass failed to pass a quality test. Contractors who laid asphalt on the Marsa-Ħamrun bypass have been ordered to redo the project at their own expense after it failed a quality test.

Infrastructure Malta opened new slip roads and loans on the bypass as part of a €2.25 million object to improve connections between Birkirkara, Santa Venera, Ħal Qormi and Ħamrun.

It was meant to cut journey times, reduce accident risks and improve air quality for nearby residents, but it seems they’ll have to be patient until the whole project is redone.

4. Malta suspends flights to the UK after a new, highly infectious COVID-19 strain was found. All flights to and from the United Kingdom will be suspended as of tomorrow, after a new, highly infectious COVID-19 strain was found in the country.

Maltese citizens and residents of Malta in the UK will be allowed to return to their country but will be subjected to a rapid test upon their arrival and be forced into a two-week mandatory quarantine.

The new strain is believed to 70% more transmissible than other existing strains. However, scientists don’t believe it is more fatal and vaccines will still remain effective. Malta has received a shipment of crucial HIV medicine putting an end to a shortage that left patients crowdsourcing their treatment.

The Health Ministry explained that the abrupt shortage was due to issues relating to Brexit, including cargo delays and the UK stockpiling medicines ahead of its EU withdrawal. Contrarily, an EU Commission official said it didn’t expect any shortages or delays relating to pharmaceuticals because of Brexit. Neil Agius has completed his latest challenge, swimming across the Gozo-Malta channel in two hours, towing ‘Santa Claus’ to raise awareness over obesity as well as plastic pollution.

Kicking off from Marfa at 9.35am, Agius ferried his friend Michel Galea across the channel, covering 6km, landing at Ħondoq ir-Rummien in just two hours. Lovin Malta followed Metsola from her living room to the halls of the EU to get a unique insight into the life and mind of the new first Vice President of the European Parliament.

This documentary delves into the everyday life of one of the nation’s leading politicians.

The documentary was funded by the European People’s Party.

Check it out here.

8. Calls arise for National Book Chairman to resign after a foul-mouthed exchange with Yorgen Fenech’s lawyer. A fiery online exchange with one of Yorgen Fenech’s lawyers led to the current Education Ministry’s calls for Mark Camillieri’s resignation as National Book Chairman.

Juliette Galea, one Yorgen Fenech’s lawyers, lashed out at Camillieri after he publicly defended the Caruana Galizia inquiry. After he posted on Facebook, she sent him an article quoting her recent demand for the suspension of the inquiry, arguing it breached her client’s rights.

Camillieri finally broke his silence on the matter, warning that the previous Education Minister Owen Bonnici had previously asked for his resignation but couldn’t speak out because of financial consequences.

9. This Togolese technician made his business dreams come true. From performing odd technician jobs for peers and soldiers in the Ħal Far open centre to running his own thriving electronics store on Ħamrun’s main street, 37-year-old Togolese Jacob Yakubu Romanu used his talent for tech to make a living for himself in Malta – and this is just the beginning.

Did we miss out on a big story? Let us know in the comment section