Malta could be a model for the world when it comes to green cities of the future, according to the architects behind the viral plan to turn Floriana into a garden city.

“Floriana is already one of the greenest towns in Malta. It’s beautiful, but we’ve let it fade with time,” Ian Camilleri Cassar explained on Lovin Daily, one of four architects from DHI Periti that drafted the plans in 2014.

“Our plan would be to turn Floriana’s densely polluted main road, Triq Sant’Anna, into a social green space and give it back to the people.”

The project envisions a complete pedestrianisation and beautification of the road, with traffic to Valletta passing through an underground tunnel. It was pulled back into public discussion after plans to revitalise Paris’ Champs D’Élysée in a similar fashion got international attention.

“The idea began because our offices are based in Floriana. We thought, what if we turned it into a green strip, where the community can meet once again?” Camilleri said.

“For many Maltese today, Triq Sant’Anna is just a road to pass through. But before cars, in the original plans set out by Pietro Paolo Floriani, it was a market place, a meeting point for the residents.”

Malta could be a global case study on green planning: taking the most polluted streets on the island and completely revamping it, and making it for the people. 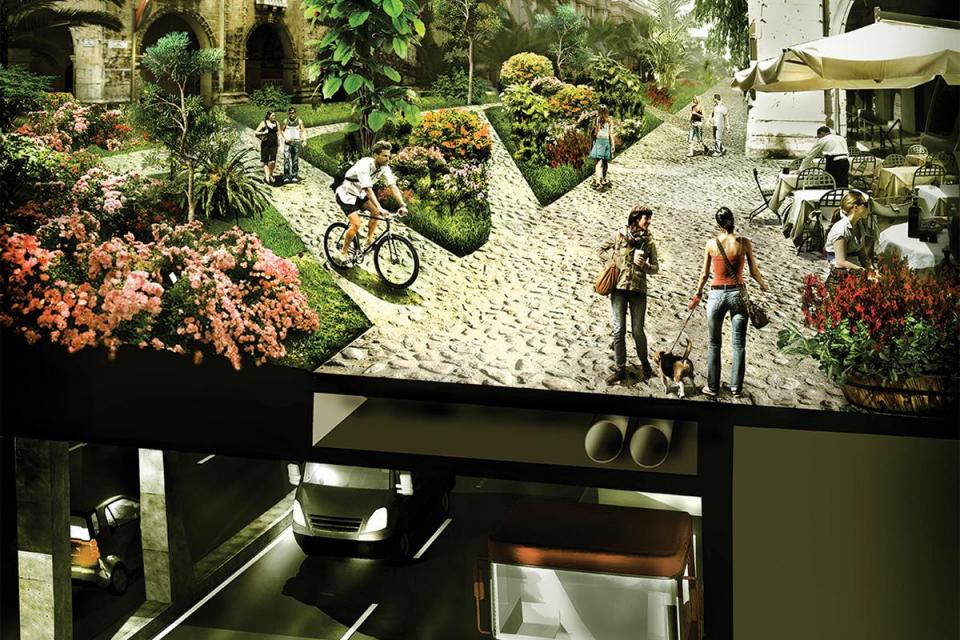 And it doesn’t have to end with Floriana. Camilleri envisages the same treatment for other places around the islands, like Ħamrun’s main street and Żabbar’s too.

“To create an effective public space, you have to look at it holistically. It has to be a continual use of design and it has to be functional. With Floriana for example, the idea would be to create a beautiful entrance leading up to the Capital City, and even creating a lift from Valletta Seafront, so tourists hailing from cruise-ships can reach Floriana’s new spaces easily.”

The potential benefits are massive. Besides the aesthetic up-lift, these projects provide social, economic and health gains too. “We really felt this when Malta shut its gardens at the beginning of the pandemic. I had children, I wanted to be outside, but there was nowhere to go.”

The health benefit, the architect added, goes beyond cleaner air. It’s known to aid mental health and encourage people to do more sport.

“Well-planned green areas are also proven to drive up property values and boosts tourism. Suddenly, they’ll be  commercial opportunities and everyone benefits. It’s a win-win situation for all.”

What do you think of the Floriana project?

READ NEXT: Bomb Disposal Unit Dispatched After Suspicious Item Reported Under A Car In Msida