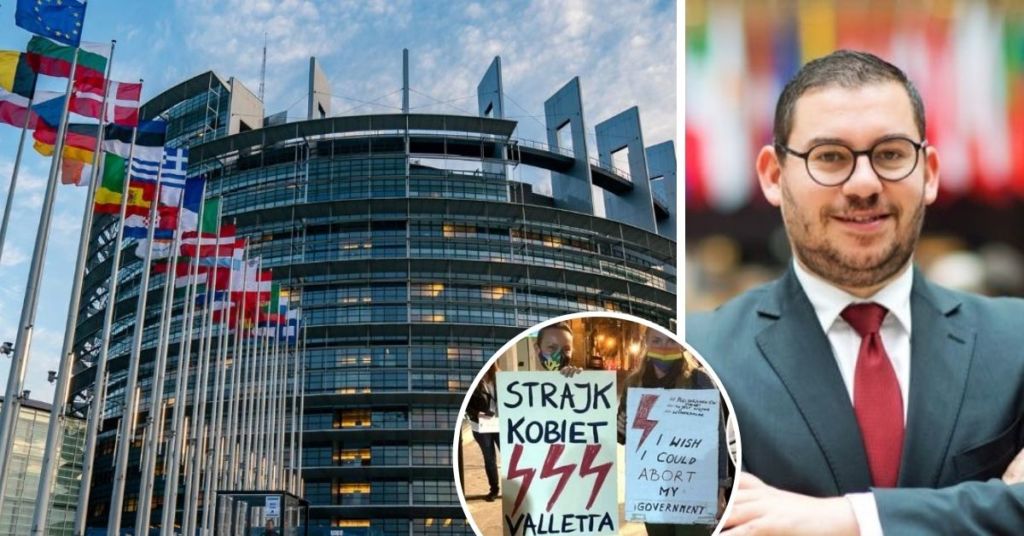 MEP Cyrus Engerer has affirmed his belief in abortion rights after standing alone as the only Maltese to vote in favour of a resolution to condemn Poland’s rollback of sexual and reproductive health and rights (SRHR).

The resolution passed this week stressed the EU’s obligation to uphold the SRHR of Polish women and after its courts ruled that pregnancy termination in the case of foetal abnormalities was unconstitutional.

“Women’s rights are fundamental rights… EU institutions and the member states are legally obliged to uphold and protect them,” the resolution reads.

“We are speaking of a civil right that already existed in Poland – a reversal by a Court which has been infiltrated by judges appointed by a ruling party that is using oppression methods on minorities,” Engerer told Lovin Malta.

Labour MEPs Josianne Cutajar and Alfred Sant abstained while Alex Agius Saliba was not present or did not vote. Nationalist MEPs Roberta Metsola and David Casa voted against the resolution. The resolution was backed by the main parties in Parliament.

Many are forced to undergo clandestine abortions, relying on medical abortion pills without medical supervision and advice and up to 30, 000 women are estimated to be forced to travel abroad each year from Poland to get the procedure.

Around 98% of those legal terminations are related to severe foetal disabilities, so this ruling effectively bans abortion. The court decision comes after the state’s governing party, Law and Justice, presented a legal challenge to the 1993 law that permitted exceptions for abortion.

“For these people, abortion would usually be an option of last resort. Before passing judgement, we need to put ourselves in the shoes of the small number of women who desperately need to undergo the procedure, many times because they would risk losing their own lives due to the pregnancy,” the MEP said.

This is because pregnancy terminations in Poland are still allowed in cases of rape, incest or if the mother’s health is at risk. There are no such exceptions for pregnant people in Malta.

Engerer noted that while he voted in favour of protecting the reproductive rights of Polish women, abortion was a “sensitive issue” and should ultimately be decided by each decision-maker according to their own conscience.

“On Labour’s side, however, it is interesting to note that none of us voted against the resolution,” he added.

The MEP mentioned other figures in politics who have spoken out about the issue, namely EU Commissioner for Equality Helena Dalli, women from Nisa Laburisti, former Prime Minister Joseph Muscat and Daniel Micallef, Deputy Leader of the Labour Party.

“These thoughts reflect the progressive umbrella of thoughts within society and our party.”

Do you agree with MEP Cyrus Engerer?