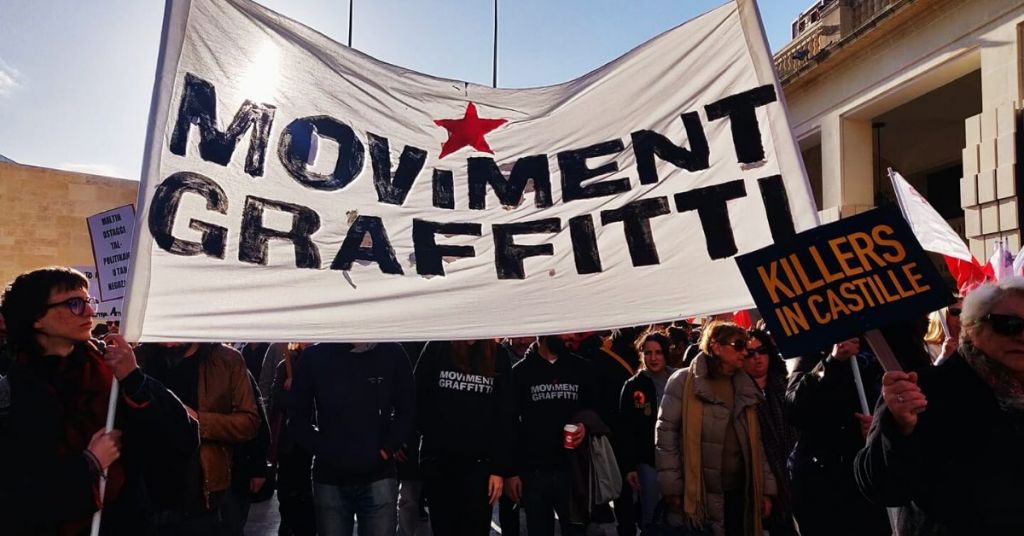 Moviment Graffiti have called for the building of a new economic system based on justice in recovery of COVID-19 crisis.

In a statement released for Worker’s Day, the NGO said it was “neither possible nor desirable” to return to the system before the global crisis struck, the consequences of which were “exploitation, massive inequalities, and environmental degradation.”

“We need to start considering a different economic system where wealth is shared more equitably and one where workers and quality of life are the central focus,” they said.

“We need an economy based on higher wages and better working conditions for all; higher taxes for those who earn a lot and possess many assets; and more democracy in the economic sphere, with workers having a say in decisions made in their workplaces.”

Over the past 25 years, workers in Malta have seen their share of the economy greatly reduced, with many salaries, especially of essential workers, remaining low despite rapid economic growth. “We have now seen how as soon as the first hints of a crisis were looming on the horizon, some of the country’s biggest companies – particularly those that in recent years have made millions in profit – threatened to lay off workers,” they continued.

“May Day reminds us that it was workers all over the globe who brought about improvements in our quality of life when, thanks to their struggles, they achieved better working conditions, higher salaries, and social services.

“The Covid-19 crisis should alert us to the fact that we need to carry on the fight for a just economy where workers are given a more deserving share of the wealth they create through their labour.”

What do you think of their proposal?

READ NEXT: Robert Abela To Address Press Conference At 11am