It’s Barca Vs Sevilla: Maltese Football Fans In For A Treat As Spanish Giants Go Head To Head 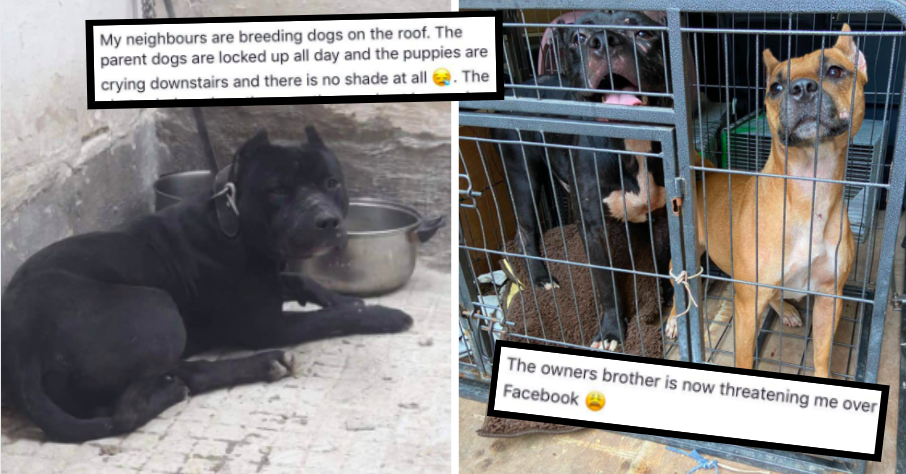 A neighbour has spoken up about how he was harassed and threatened for reporting several dogs stuck on an Msida roof, two of which allegedly attacked and killed a 95-year-old woman last week.

“My mum came to stay for a week in May 2019 when she heard some weird barking noise,” Bradley, who is using a different name to remain anonymous, told Lovin Malta.

“We went up on our roof and saw two dogs in cement cages. You could also hear loads of puppies crying underneath,” he said.

Bradley had first discovered the backyard breeding pit in May 2019. Following the discovery, he quickly took to social media to seek help and advice. “A few days later I started receiving threatening messages from one of the dog owner’s relatives saying that they are going to take me to court. It started to scare me,” he said.

“Then I received a barrage of messages on Facebook saying that I should ‘go to hell’ and people telling me to ‘mind your business you nosey bitch’ and ‘to go back where you came from’”. As such, Bradley turned to the authorities for help, seeking out both Animal Welfare and the police to intervene and help mitigate the situation.

“At this point, I called Animal Welfare three times but they inspected the premises and said that the animals were completely fine,” he continued.

“Everything went quiet for a little while but then one day I got verbally threatened by someone who lived in the house while I was walking home.”

Following this incident, Bradley filed a police report and was later called to the police station to identify the person.

Despite filing a report, Bradley never heard from the police again. For over a year, the backyard puppy mill was allowed to continue until the horrible incident last week. 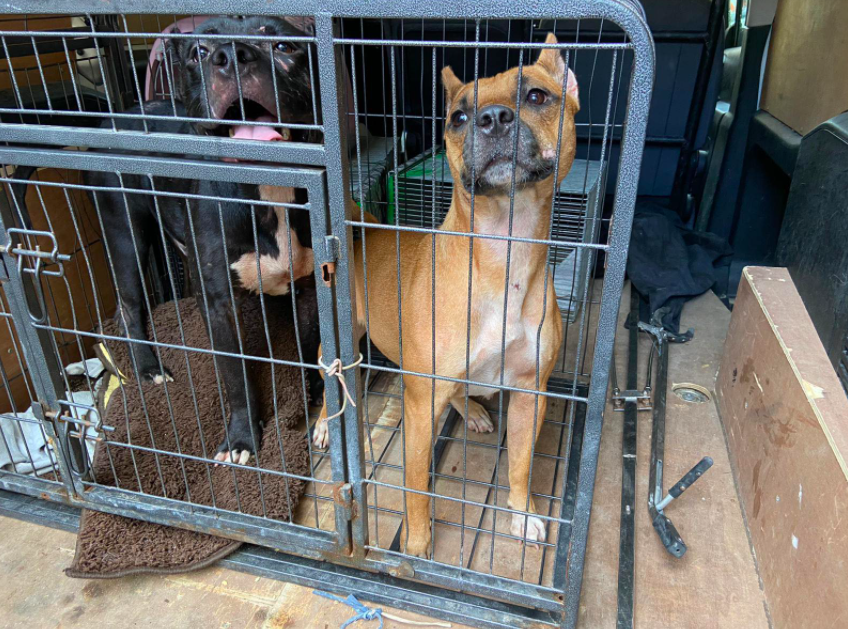 The mixed-breed dogs allegedly involved in the attack

“I eventually took them to court in October for cyberbullying. I waited for four hours but no one showed up. It was meant to be adjourned in May but they never followed up on it.”

Until this day, Bradley has had no update on his court case. In the meantime, two dogs managed to escape their rooftop enclosure and maul a 95-year-old woman in her maisonette along with her chihuahua.

Animal Welfare has come under fire for failing to take action against the puppy mill despite several reports dating back to May 2019.

Bradley still remains in the dark about his impending court case.