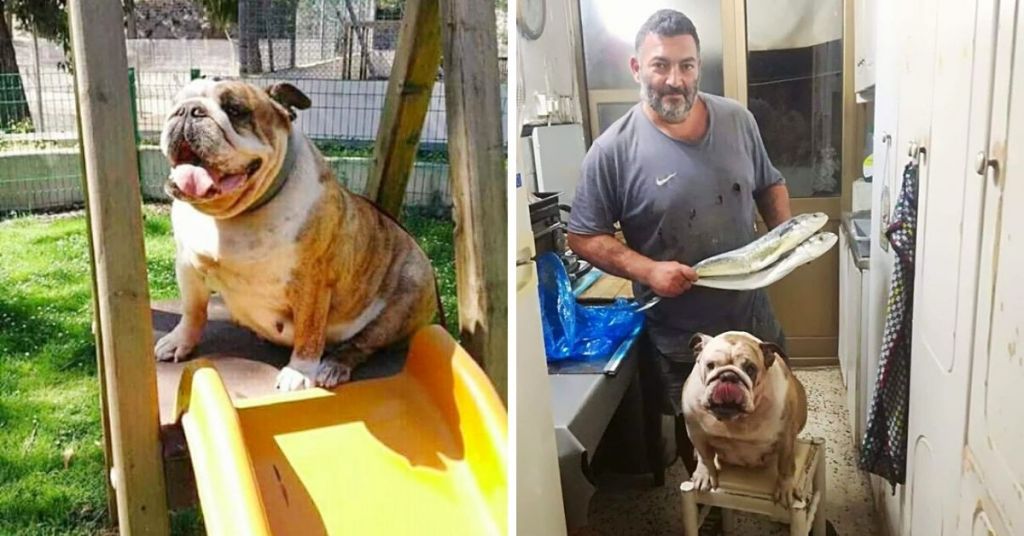 Goffy, the beloved bulldog that captured Malta’s hearts panting by her owner Adrian Zammit’s side, has passed away after battling cancer.

“I treated Goffy like my queen,” Adrian told Lovin Malta with a heavy heart. “She was part of my family and I gave her everything I could… and people truly loved her.”

The 15-year-old bulldog died last night shortly after Adrian Zammit had finished filming his Facebook live show. After it ended, she starting asking Adrian to go down, something she doesn’t usually do, he said.

Shortly afterwards, she collapsed while eating. “She was 10-years-old when I adopted her around five years ago.”

“About seven months ago the doctors told me she had cancer,” he explains. “We’ve been giving her medicine and she lasted longer than we expected..”

With thousands tuning into his show on a regular basis, many people loved to see the consistent sight of Goffy stoically by her man’s side, no matter how energetic or excited he gets. Adrian often shared the food from his own plate with Goffy, and his love for her was clear to all who saw them together

However, it seems like last night was meant to be the last they ever shared a meal together.