James Dimech has been making a statement in sustainable fashion after he won big at Italian fashion festival, Altaroma. He’s now brought his collection to the heart of Valletta with his latest exhibition in collaboration with the Roselli AX Privilege.

James doesn’t just do fashion, though. He designs wearable art, and that sentiment shines through in his latest work. Beatrice Njoya from Models_m, shot by iCam Studios with makeup by Jennifer Dimech

The exhibition is taking place as a part of the European Week of Waste Reduction, which sees a number of sustainability initiatives showcase their works across Europe.

James also let it slip that the material he uses – which is made out of post-consumer recycled plastics – is going to be used as the official material of the 2020 Olympics, so you know that these pieces are doing their job as ethical fashion items.

Speaking to Lovin Malta at the opening of the exhibit on Wednesday, James told us that he was “overwhelmed with the initial response” after receiving so much support on the project from everyone around him.

Michelle Muscat also made an appearance at the opening, where James spoke about the implications of plastic waste on the environment as well as how those factors trickle down into the inspiration behind his choice of materials. Particularly mentioning the fact that only around 18% of plastic waste is recycled, and while it would make more sense to eliminate plastic use entirely he may as well make do with the efforts of giving plastic a new life through his artistic medium.

By adopting his experience in architecture and origami, this collection reflects the exploration of form and structure. 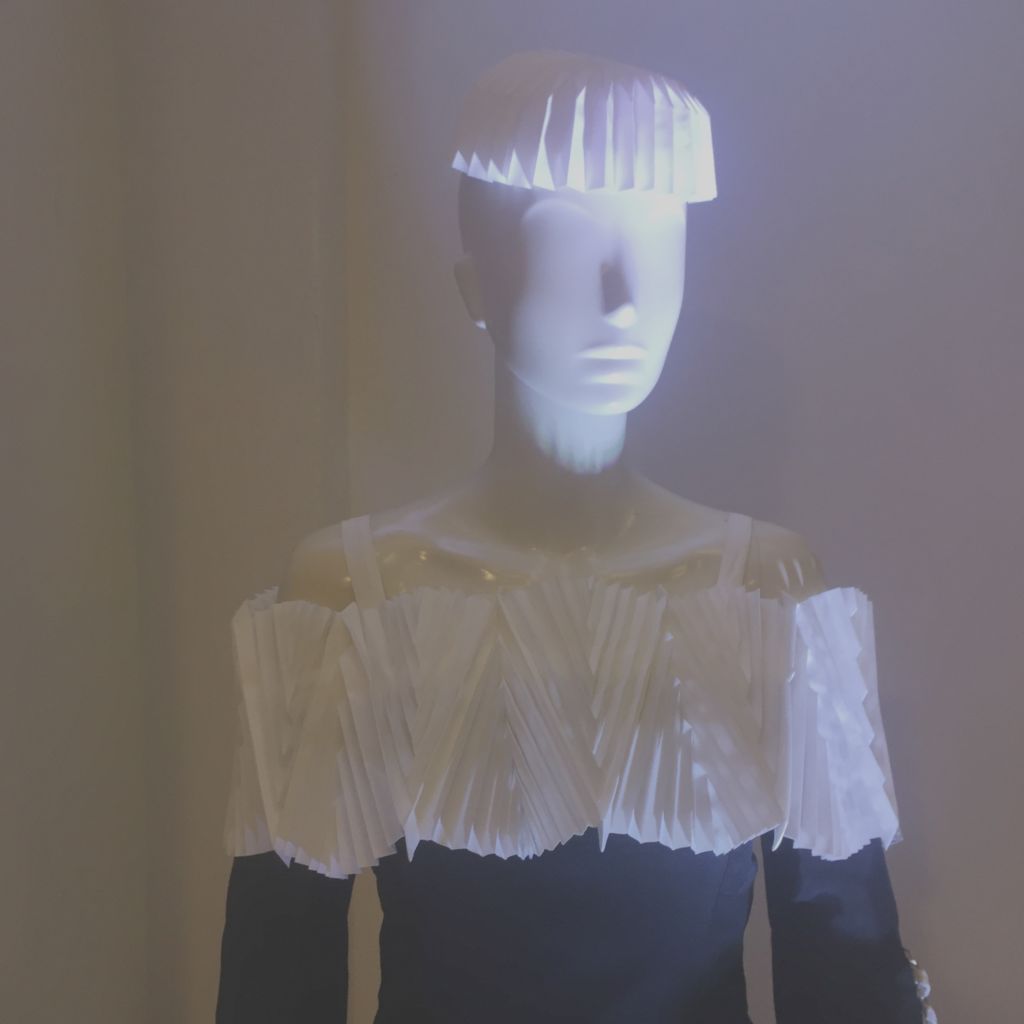 Every fold is made by hand, pressed with heat and passion Intricate details, even down to the use of recycled pull rings can be seen in the works

By giving plastic a new life and generating more awareness for recycling and sustainable practices, James is setting the stage for a number of up-and-coming designers in Malta’s budding young fashion industry to consciously join the ethical world of fashion in more ways than one.

James even made the opening night that much more tangible with the addition of his handmade origami pins, given to everyone in attendance to allow them to take a piece of the fabric home. Between the Folds is where art and fashion come together, and you can witness that for yourself at the AX Roselli Privilege in Valletta until Sunday the 25th of November.

Tag an enviro friend in the comments on Facebook!