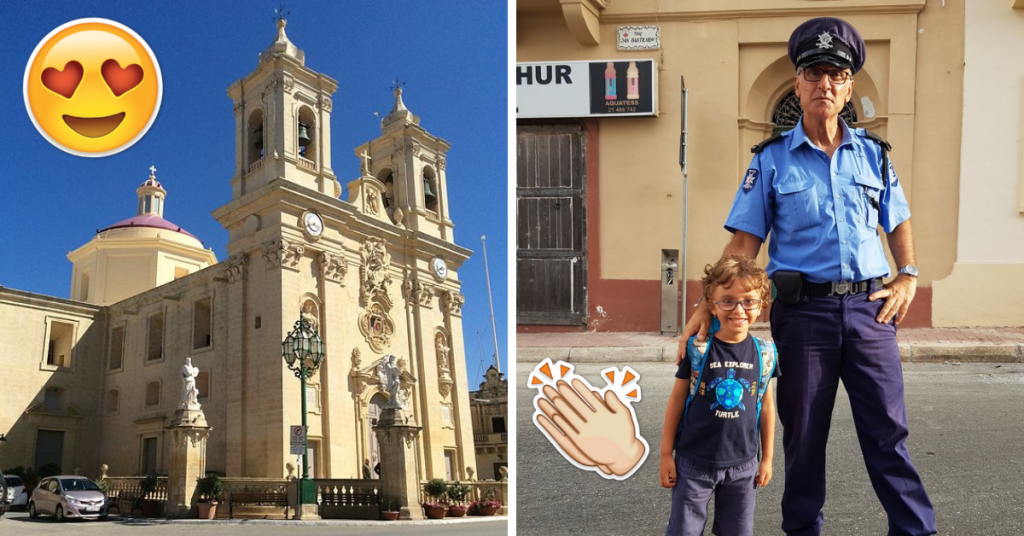 Summer may have been a strange one for Maltese kids this year, but one kind-hearted soul may have helped put a smile on the face of scores of students – even giving them a confidence boost when they most needed it – and parents noticed.

“I would like to thank police officer David who was present daily next to Għargħur Skola Sajf. He was simply excellent and always had a massive smile to welcome the young kids and was a familiar face that instilled a sense of trust in the police force from such a tender age,” one parent said in a sweet message shared by the Malta Police Force.

The parents also shared a photo of their son who just had to take a picture with his favourite officer on the last day of school.

Officer David would often give messages of encouragement to the young students as they headed home.

“He would be full of praises when they got out of school with some messed up work of art, with his usual: ‘That is amazing! Well done princess… or… well-done champion!’ followed by the usual elbow bump,” the parent said.

And it wasn’t just them, with another parent chiming in with: “This person is a clear example of how to serve with love. My son respects him greatly, thank you for everything.”
The wholesome message, which was shared by the Malta Police Force, quickly became a talking point online, with other parents and everyday citizens joining in to praise the officer for his supportive and kind attitude towards others.

Share this story to show your appreciation for hard-working officers!

READ NEXT: 'They Targeted My Children': Ħamrun Councillor And Lawyer Harassed Because She Represents Migrants