2020 has just been one of those insane, turbulent years full of chaos and confusion. But if we’re being precise, it’s today that actually marks the one-year anniversary since this whole COVID-19 saga started in Wuhan, China.

While the world – and indeed Chinese authorities – would only first hear about “a novel Coronavirus” on 8th December 2019, official Chinese government data published back in March by the South China Morning Post actually showed that the first known case of COVID-19 could be traced back to November 17, 2019.

While COVID-19’s elusive “patient zero” has yet to be fully confirmed to this day, the very first known case of the virus seems to have been a 55-year-old man from the Hubei province.

The man formed part of a group of about 266 people who contracted the virus in 2019, and is widely believed to have been a worker at the now-notorious Wuhan wet market.

In the weeks that followed this first case, Wuhan’s medical professionals slowly but very steadily started treating dozens of patients suffering from some type of pneumonia of unknown cause. The patients were treated for a range of unexplained symptoms including high fever, coughing and respiratory problems.

Just after Christmas, at the Hubei Provincial Hospital of Integrated Chinese and Western Medicine, an elderly couple was treated by a Dr. Zhang Jixian, who later told Chinese state-run news agency Xinhua in April that the illness “looked like flu or common pneumonia.”

Then, on New Year’s Eve, Chinese health authorities reported the first case of COVID-19, the actual illness caused by the coronavirus, to the World Health Organisation. Back in February, the world gazed on in disbelief as Wuhan erected a hospital in 10 days. STRINGER/GETTY IMAGES

On 13th January, the first case of COVID-19 outside China was confirmed in Thailand.

Just a week later, the virus had spread all around China and to a number of other countries, including Japan, South Korea and the United States.

On 23rd January, nearly two whole months after Hubei’s first case, the city of Wuhan (which boasts a behemoth population of 11 million people) was put under lockdown.

By now, the total confirmed number of cases all around the world had just hit 500, and 17 people had died from the virus.

On the night of 6th March, Malta registered its first cases of COVID-19, beginning with a 12-year-old Italian girl.

While the girl and her family were instantly put into isolation, her two parents were confirmed to be Malta’s next two COVID-19 patients days later. One month later, the 12-year-old girl had fully recovered.

By 11th March, with the virus detected on every single continent except Antarctica, the WHO declared that the COVID-19 outbreak was now a pandemic. The rest is blurry but recent history. Scenes from a very different 2020: a global rundown of COVID-19 deaths shows China topping the list at 3,056 deaths and Italy following suit with a "mere" 827 deaths. The latter went on to amass over 45,000 fatalities.

Now, one whole year after that very first recorded case of COVID-19, the world has registered over 55 million cases… and more than a million deaths.

The United States still carries the biggest brunt of infections and fatalities, with 11.3 million cases and 247,000 deaths.

Of those 55 million patients worldwide, 35.4 million have recovered… which means there are still over 18 million active cases of COVID-19 around the world right now.

Meanwhile in Malta, the tiny islands have been through a lot in the eight months, one week and three days since our very first case.

With the first wave coming to an end around May Day (when the reproductive rate of the virus fell below 0 and measures started being relaxed), the islands have recently been going through a record-breaking period of surge in infections, cases… and deaths.

The islands have now registered a total of 8,247 cases of COVID-19, and 101 deaths related to the virus.

At the time of writing, Malta has 2,097 active cases. A testament of how big this most recent wave of infections has been, the country’s current active cases amount to 25% of all cases recorded within the last eight months.

Always stressing on the importance of testing (and sometimes using it as a justification of increasing infection numbers), Malta has performed a total of 388,663 swab tests since March. These, however, include everything from retests to trace recoveries and fake positives (or fake negatives) to frequent swabs performed on medical staff. 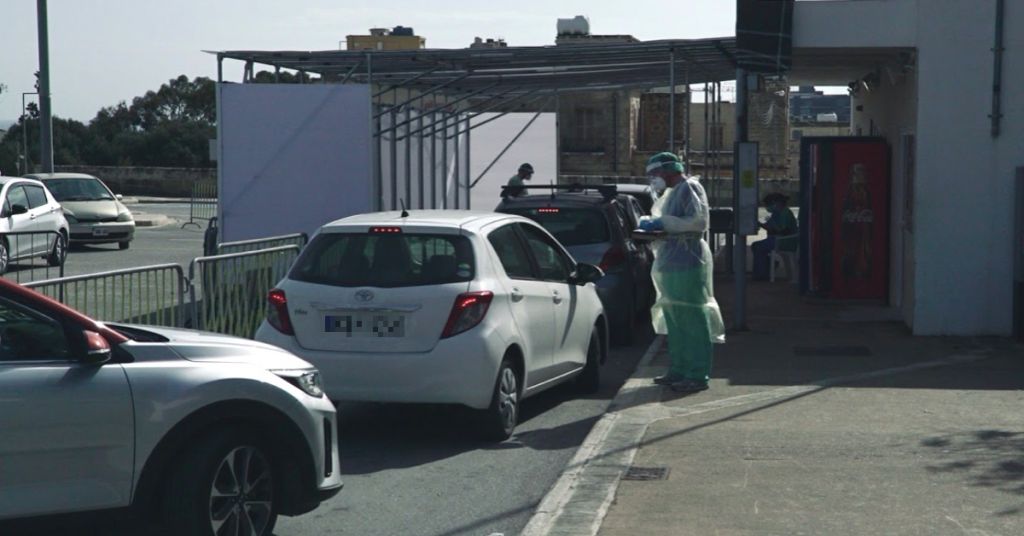 With the clock still ticking and the end of 2020 only 44 days away, the world is scrambling to get a vaccine ready as soon as possible. Thankfully, it looks like we’ve already got a couple of contenders for 2021.

The race for a COVD-19 vaccine really heated up in the last couple of weeks, with Pfizer-BioNTech announcing a 90% rate of effectiveness in their final, Phase 3 Trials.

Meanwhile, just yesterday, pharma giants Moderna broke the news that their potential vaccine has registered a success rate of 94.5%… and can be stored in domestic freezers, as opposed to Pfizer’s much more specific requirements.

Elsewhere in the east, Russia’s own vaccine – which was touted as a success by Vladimir Putin months ago – reportedly has its own impressive success rate of 92%.

The European Union has already purchased some 300 million doses of the Pfizer-BioNTech vaccine, and is expected to sign a fifth contract for another vaccine within hours.

As for Malta, the tiny islands have been promised 330,000 doses as part of the EU procurement deal, and should receive the batch as soon as the vaccine is made available.

So while 365 days have come and gone and we’re still nowhere near having won this war, here’s hoping we won’t have to deal with it for another 365 days.